Where the money meets the road (and bridges, and power lines, and buildings...) 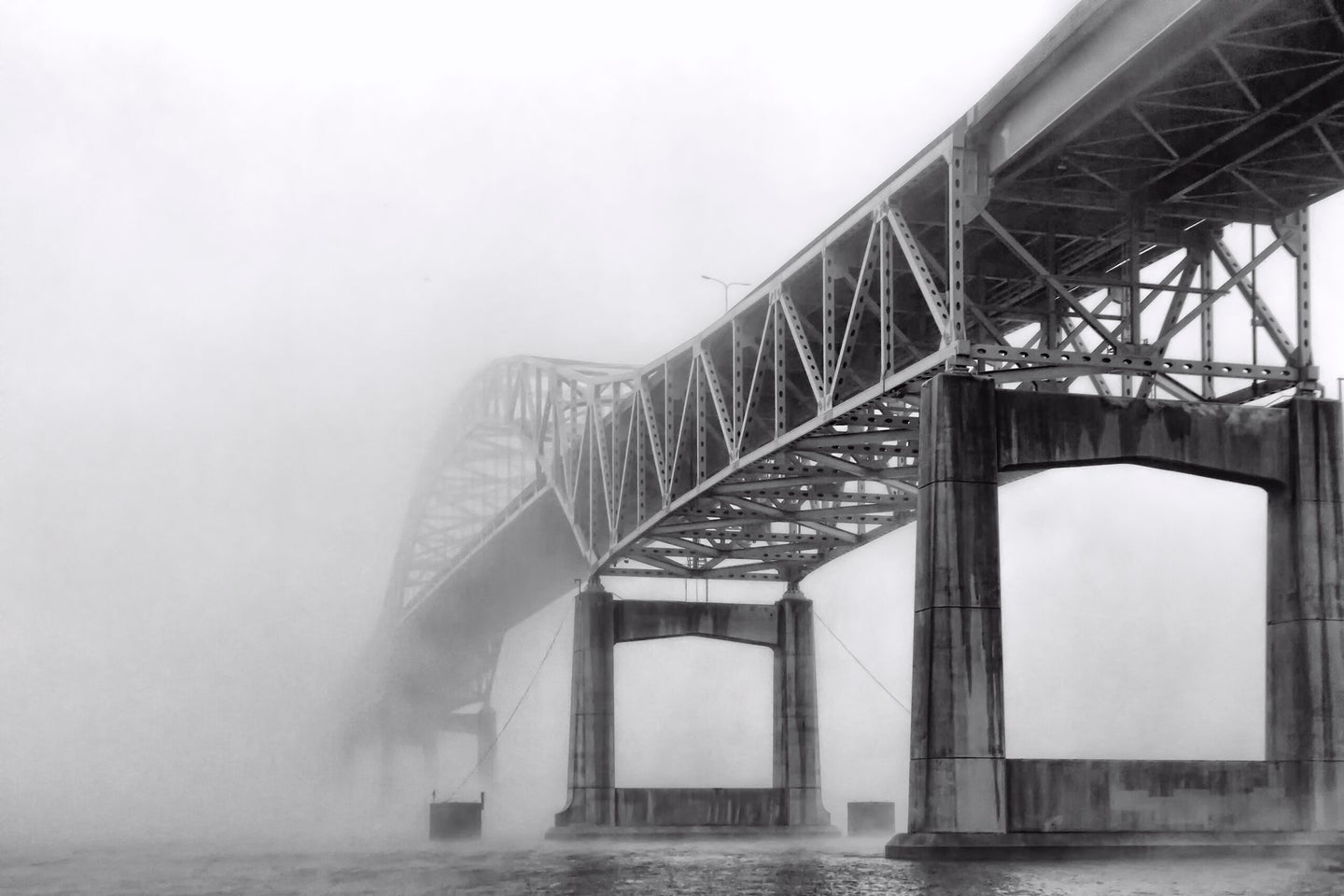 The John A. Blatnik Bridge is the bridge that carries Interstate 535 (I-535) and U.S. Highway 53 (US 53) over the Saint Louis Bay, a tributary of Lake Superior, between Duluth, Minnesota, and Superior, Wisconsin. The bridge is 7,975 feet (2,431 m) long and rises up nearly 120 feet (37 m) above the water to accommodate the seaway shipping channel. It was dedicated on December 2, 1961, but was renamed for Congressman John Blatnik on September 24, 1971, to commemorate Blatnik's role in making the bridge a reality. The Blatnik Bridge replaced a swinging toll bridge around the same location that carried both automobile and rail traffic. http://en.wikipedia.org/wiki/John_A._Blatnik_Bridge. Randen Pederson
SHARE

Wildfires are raging, sea levels are rising, and cities just keep on growing. Increasingly large numbers of people in the United States are dependent on aging infrastructure, from crumbling roads and bridges to to overworked power lines. It’s a sorry state of affairs that hasn’t changed all that much in the past few years. Luckily, there are plenty of brilliant minds dedicated to making a difference, and they’re getting both attention and funding from the government.

This week marks the first-ever Smart Cities Week an initiative between the National Science Foundation (NSF) and the White House focused on building the city of tomorrow, ready for whatever disasters the future could possibly hold. But you can’t build a towering initiative like that without a very strong foundation–good infrastructure.

To that end, the NSF recently announced that it was giving $20 million to projects around the country that were dedicated to making the basic building blocks of modern society (power, transportation, water supplies, healthcare) more robust and resilient.

12 projects were chosen to be part of a new initiative called Critical Resilient Interdependent Infrastructure Systems and Processes or CRISP, which distributes money to fund research over a period of 3 to 4 years. Among the lucky dozen were a project looking into ways to improve transportation even in the case of flooding along the coasts. Another project will look at how water and electrical systems can be modified to withstand extreme droughts, while another looks at how to protect infrastructure from man-made disasters like cyber and terrorist attacks.

There are plenty of other projects out there focused on the same goal. Researchers at both universities and companies are focused on building buildings that can monitor or even repair themselves. Maybe the city of the future isn’t so far away after all.