No, teenage blood won’t make you young and beautiful 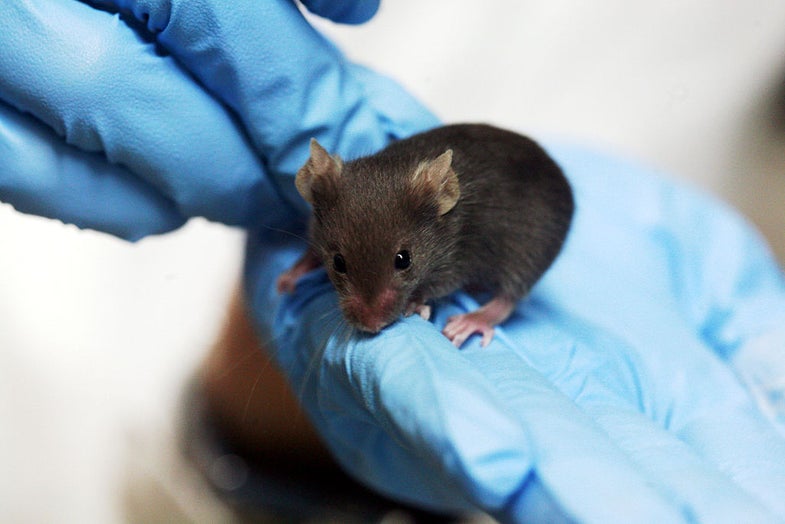 Scientists found a window into how the brain works, using mice and fluorescence. Wikimedia Commons
SHARE

In the past few years, a burst of media reports have suggested that young blood is some kind of medical panacea: Injecting it into an older person’s body would provide a plethora of rejuvenating benefits, so the story goes. Silicon Valley billionaire Peter Thiel has expressed interest in receiving infusions of young humans’ blood, and at least one company is working hard to create such treatments for aging moguls. But a study published Tuesday in the journal Nature Communications suggests that we’ve got the whole thing backwards. Teen blood might not be a medicine, but the blood of the elderly could be toxic.

While infusing blood from a younger mouse into an older mouse had no effect on the elderly mouse in the latest study, infusing blood from an older mouse into a younger one caused a host of problems in organs and other tissues. The results suggest that the true driving factor behind aging may be molecules that accumulate inside older blood, as opposed to the loss of any therapeutic factors found in young blood.

“This study tells us that young blood, by itself, cannot work as medicine,” study author Irina Conboy, a bioengineering professor at the University of California at Berkeley tells Popular Science.

So why all this hype about the benefits of young blood?

In 2005, Conboy and her colleagues published a study in Nature that went like this: They surgically joined older mice to younger mice, a technique called parabiosis, so that blood flowed freely between the two differently-aged rodents. The researchers found evidence of significant tissue repair in the older mice, suggesting that this exchange had done something positive for their health. Media coverage immediately fixated on the idea that it was indeed the blood that caused this improvement. But what was overlooked, according to Berkeley’s Conboy, was the fact that the rodents exchanged more than just blood while they were connected; the older mouse essentially received the benefits of younger lungs, kidneys, and other organ systems, too.

The study couldn’t say for sure that it was the blood that caused the tissue repair, says Conboy. So in the new study, the researchers sought to rule out all other explanations. They performed a new technique that exchanged blood without joining the mice together. This technique, according to Conboy, ensures that only blood is exchanged.

The researchers kept the exchange going until each older mouse had about half of its own blood and half of a younger mouse’s blood, and vice versa. After a month, they tested each mouse’s organ systems, including liver and brain cell development, as well as muscle tissue repair. While the older mice didn’t significantly improve at all, the younger mice actually declined in health. Each organ system declined, with particularly profound effects in brain cell development. In other words, the young blood did nothing for the older mice, but the older blood had pretty significant detrimental effects on the younger mice’s health.

So what’s up with old blood?

Conboy and other researchers think there are certain molecules that accumulate in blood as a person (or mouse) ages. These molecules may inhibit cell growth and development. Conboy says that these inhibitors are likely dominant over the molecules found in younger blood, which would explain why the young mice in the experiment were sickened by elderly transfusions.

A key area of research now is to target those inhibitors with drugs, says Conboy. While there are lots of these inhibitors found in older blood, there may be a key group of them that act as regulators, controlling the rest. The researchers want to see how an older person’s organ systems might improve given the manipulation of these inhibitors. Conboy sees this as a potential treatment for a number of health conditions related to older age, including type 2 diabetes, osteoporosis, and immune decline – but there’s a lot of research to be done first.

So unfortunately, there seems to be no evidence to back up companies promoting the rejuvenating effects of young blood. Researchers may yet find ways to turn back the biological clock, but you can bet that old age won’t be defeated by something as simple as a transfusion.

“Aging is a complicated process,” says Conboy. “Doing good productive science is better than focusing on one silver bullet.”