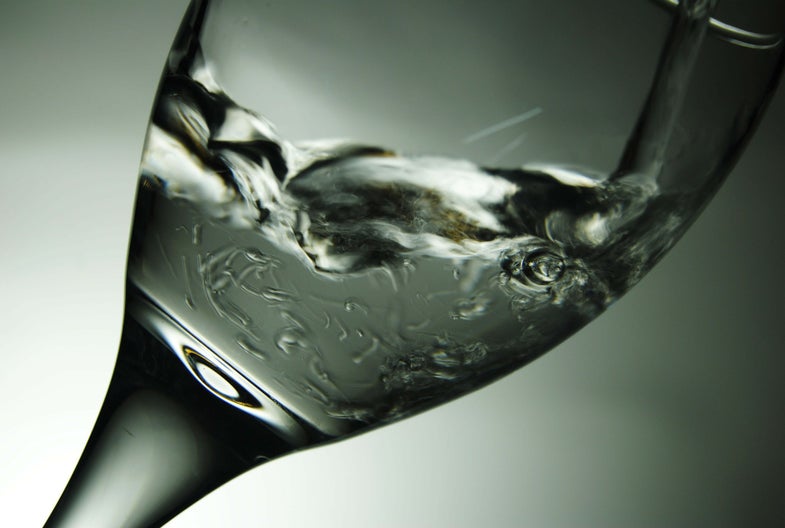 Electronic noses can detect bugs, disease or even explosives. Now scientists have applied similar technology to detecting contaminated drinking water, according to a study published recently in the journal Biosensors and Bioelectronics.

To make water drinkable, treatment plants weed out most harmful chemicals and bacteria. But the resulting drinking water is almost never pure H2O; even the most potable water contains a cocktail of dissolved chemicals that give it a unique flavor or cause slight variations in its pH. Researchers have found that the human nose is very sensitive to two molecules that often slip through the treatment process: geosmin (GSM) and 2-methylisoborneol (MIB). And while these molecules aren’t harmful in water, they smell earthy and musty, respectively, which can make water taste just gross enough to be off-putting. Water quality experts have to test water samples in a lab to determine whether these molecules are in drinking water, a process that is expensive and time-consuming.

A team of South Korean researchers has developed a simple sensor based on the human nose to sniff out the smelly molecules. The sensor is coated with special proteins called olfactory receptors that bind to the molecules when they are present. In this particular sensor, the researchers found human olfactory receptors that react to GSM and MIB, and bound them in carbon nanotubes. When the molecules are present, the carbon nanotubes light up. In tests, the researchers found that their device could detect GSM and MIB concentrations as low as 10 nanograms per liter of water, or 10,000 parts per trillion. That’s not quite as sensitive as the human nose, which can detect GSM at just 5 parts per trillion, but it’s a good start.

A device like this one would help water quality technicians detect contaminants quickly and on site, preventing the delay caused by lab testing. But the researchers think their device could be used to detect many other contaminants in water or air. Or it could be used in different applications in the perfume or cosmetic industry, or even to spot explosives in airports.