Northrop Grumman Will Make America’s Next Bomber, The LRS-B 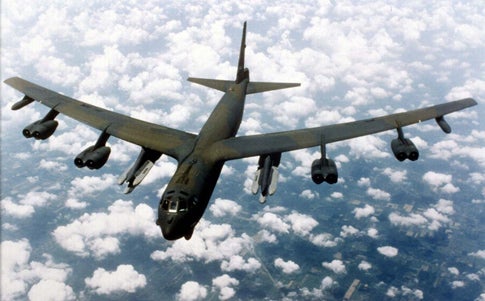 Meet the B-52’s grandchild. Today, after four years of development in secret, the United States Air Force awarded Northrop Grumman the contract to build their Long Range Strike Bomber. With a target price of $511 million apiece (in 2010 dollars), the LRS-B is the first new bomber for the Air Force since their 21st and final B-2 Spirit entered service in 1997. The Air Force will order the first 21 of 100 total LRS-Bs to replace their aging bomber fleet.

Secretary of Defense Ash Carter said that this contract “represents the type of technological leap” that the U.S. needs to retain its edge when it comes to airborne warfare.

This sentiment was echoed by Air Force Chief of Staff General Mark Welsh, who said that this will be a significant tool in deterring unwanted nuclear weaponry.

This bomber is a far cry from the simple lumbering craft of the past. A crew-optional version is expected, and the reach of the craft is expected to be truly global. In “Beyond the Bomber,” a white paper published by the Mitchell Institute for Aerospace Studies last month, retired Lieutenant General David A. Deptula argues that it should be though it more as a “Long Range Sensor Shooter.”

Deptula expects the bomber to have a range of over 2,800 miles with mid-air refueling, enabling the bomber to reach Mongolia from an airbase in Guam or to hit Sudan from a base in the south of England.

The new bomber enters a crowded Air Force budget, which is also trying to keep an order for 1,800 F-35s and a new aerial tanker. With the LRS-B, the Air Force and its industrial partners want to avoid the fate of the B-2, deemed too expensive and limited a tool after the Cold War. If that means selling a bomber as an advanced scout, that might be what they do.