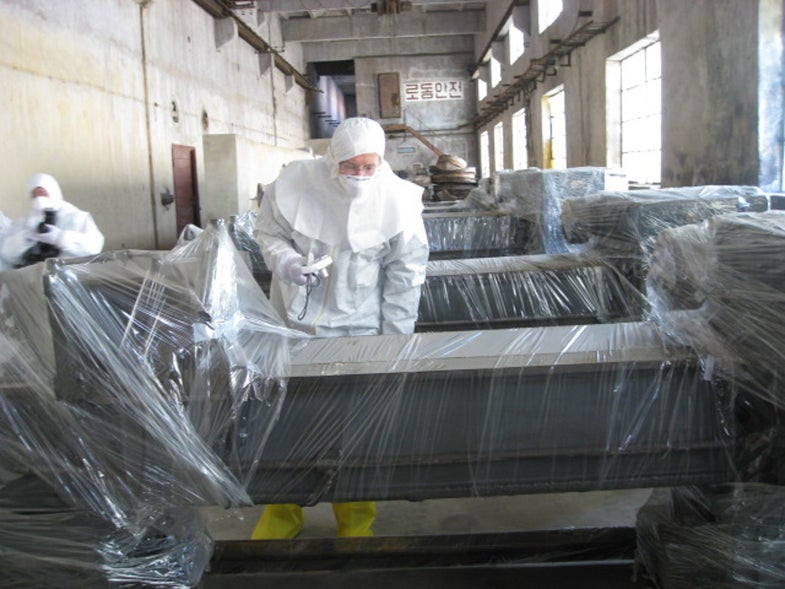 North Korea is the only country to test a nuclear weapon this century. The isolated pariah state, ruled by totalitarian Kim Jong-un, proudly boasts of its military and technological accomplishments. With much of the outside world cut off, it’s hard to vett how much progress, if any, the country is making on nuclear weapons until it tests them, but satellite images give some evidence that work is underway. And according to the United Nations nuclear watchdog, new evidence shows the Democratic People’s Republic of Korea is back at work, processing plutonium.

The Yongbyon reactor was built in the 1980s, and fuel from it powered North Korea’s first nuclear weapons. IAEA inspectors were briefly let into the country to monitor the shutdown of the nuclear facilities, as part of thawing relations between North Korea and the rest of the world. But by April 2009 the inspectors were kicked out.

Earlier this year, North Korea tested another nuclear device, which it claimed was a hydrogen bomb. While the characteristics of that blast didn’t match the usual scale of a thermonuclear explosion, it’s likely North Korea is still trying to create a thermonuclear weapon. The country has shown off warheads, and they keep testing missiles, both ground and submarine launched. Nuclear fuel is one of the major constraints for how big North Korea’s nuclear program can possibly get, but the technologies involved are decades old, and if North Korea is able to produce more plutonium isotopes from their nuclear reactor, it will make fueling their warheads that much easier.