North Korea Is Building Bigger Pens For Its Submarines

As spotted by satellites 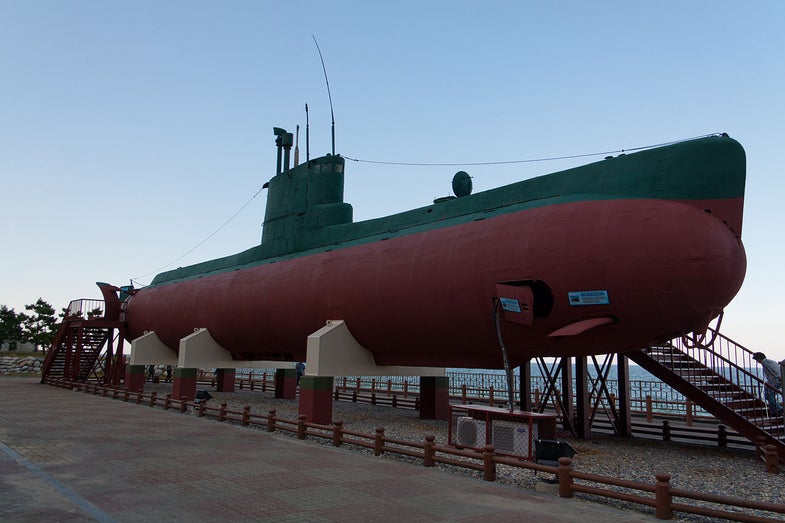 North Korea is not a transparent country. The totalitarian state, sometimes referred to as the hermit kingdom, is defined by a tight government control on information. Well, that and a growing military, whose plans are sometimes visible from space. The latest: commercial satellites spotted the construction of new, larger submarine pens.

Early this year, North Korea tested a nuclear weapon, claiming it was a hydrogen bomb. While the blast was too small for us to believe that claim, North Korea is still the only country to test nuclear weapons this century. Satellite images from this spring showed North Korea had restarted work on its plutonium facilities, which refine nuclear material into the type needed for weapons.

And multiple times this year, North Korea tested missiles launched from submarines. The latest failed, like other previous attempts, but the missile flew further than those other attempts, and shows an uncomfortable level of progress in their weapon’s development.

Submarine-launched missiles, with the potential to strike targets far from the fixed ground of North Korea, are the regime’s most threatening weapon, and though they don’t work yet, repeated tests and further submarine developments, like newly built submarine pens, show Kim Jong-un’s commitment to the weapon.