North Korea Test-Fires Another Missile From A Submarine

The third failed test since December 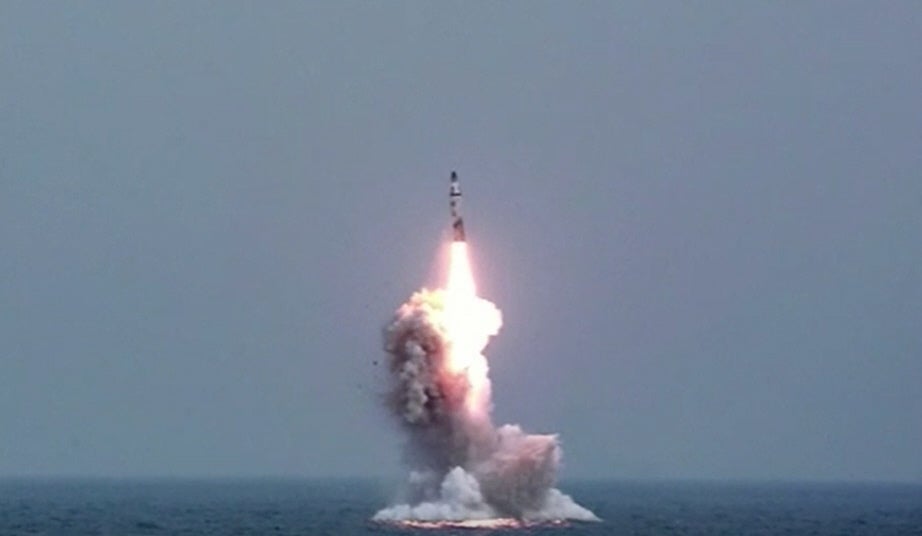 While America was busy this weekend hunting for Pokemon, North Korea hurled another missile skyward. The Democratic People’s Republic of Korea, an internationally isolated pariah state, is slowly improving its missiles. The latest test was a failure, but North Korea’s failures keep getting better.

According to South Korea’s military, a ballistic missile successfully launched from a North Korean submarine on Saturday, and then failed later in flight. This is the third submarine missile test since December. All three tests failed. The December test exploded 30 seconds after launch. In April a missile launched from an underwater barge flew for a few hundred feet before failing. If the goal was showing off a weapon that could hit North America, then the latest test is a failure, too.

From Stratcom, the part of the Pentagon responsible for watching missile launches:

Many technologies launch several times before they’re successfully demonstrated, and with the repeated attempts to get submarine-launched missiles right, it seems like only a matter of time until North Korea has a working version.

Other recent North Korean tests of land-based missiles with a range of hundreds of miles were successful. In January, North Korea tested its fourth nuclear bomb, and in June it appeared North Korea restarted production at its plutonium facilities. None of the ingredients are complete, yet, for North Korea to put a miniaturized nuclear weapon on a missile that can hit the United States, but the country is working toward it, and in the meantime seems happy enough to test missiles that might reach Japan instead.