The mountain formerly known as McKinley 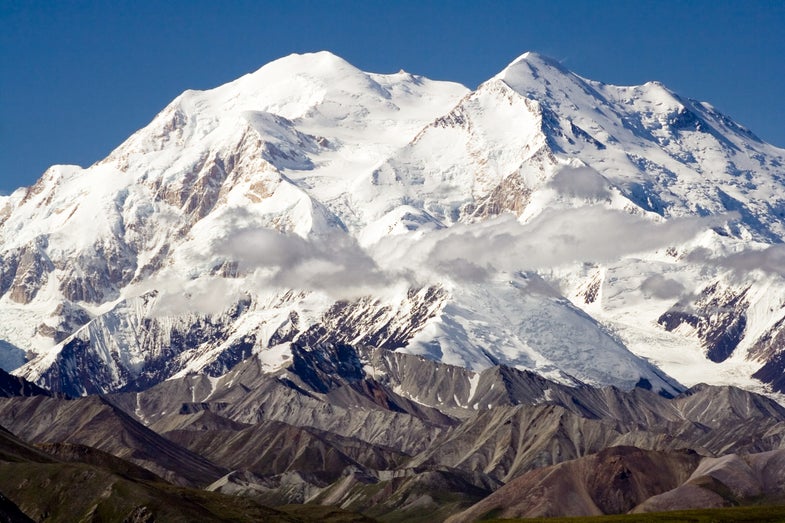 Mount McKinley is dead. Long live Denali. On Sunday President Obama announced that the highest peak in North America would cease to be known as Mount McKinley, and would be known from now on as Denali.

Often when a place is “renamed,” it gets a brand new moniker, but in the case of Denali, it was a return to an old name–a more literal re-naming. To the Athabascan people, the mountain has been known as Denali, meaning “The Great One,” for thousands of years. It was only Mount McKinley for a brief time, named for William McKinley in 1896 when he was just the Republican nominee for President. McKinley was from Ohio, not Alaska, and never even visited the then-territory. Alaskans have pushed for the restoration of the name Denali for decades.

While some politicians in Ohio are unhappy about the name change, people in Alaska are thrilled. Alaskan Senator Lisa Murkowski (R), celebrated the decision in a short YouTube video.

The renaming comes directly before President Obama’s upcoming trip to Alaska, where he will discuss climate change, an issue he has been emphasizing in policy, speeches, and even on social media over the past several months. This trip will make him the first sitting United States President to venture above the Arctic Circle.