NOAA Captures The Extent Of Louisiana’s Flooding In Aerial Images 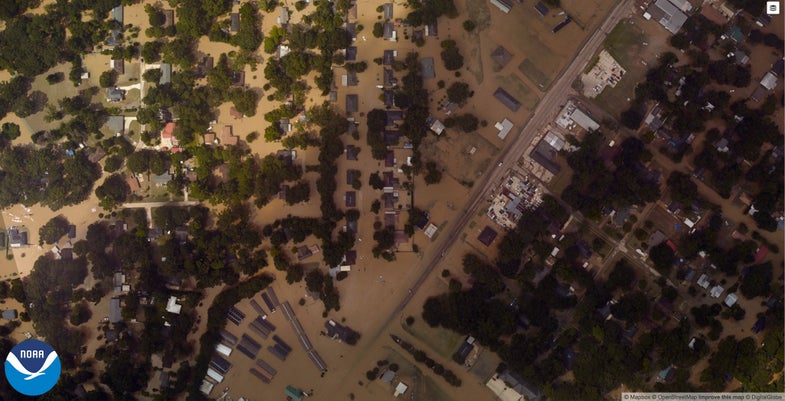 As President Obama prepares to tour the areas of Louisiana and get a close-up look at the communities hit hard by last week’s flooding, NOAA released aerial imagery of the flood, offering a broader perspective.

The pictures, taken from an aircraft flying between 2000 and 3000 feet, were damage assessment photographs, designed to give first responders a view of damaged areas, and also help with navigation. Take a look at the before and after images on NOAA’s website to get a real feel for how broadly these areas were affected.

The floodwaters killed at least 13 people, forced the evacuation of thousands, and damaged thousands of homes and other property. In the aftermath, researchers and policy makers are looking for ways to make warnings for this kind of event clearer and more urgent for residents in affected areas.

Check out our past coverage for a more in-depth look at why these floods were so bad, and what can be done to prepare for them in the future.