A response from Michael Halpern, Program Manager of the Union of Concerned Scientists' Center for Science and Democracy 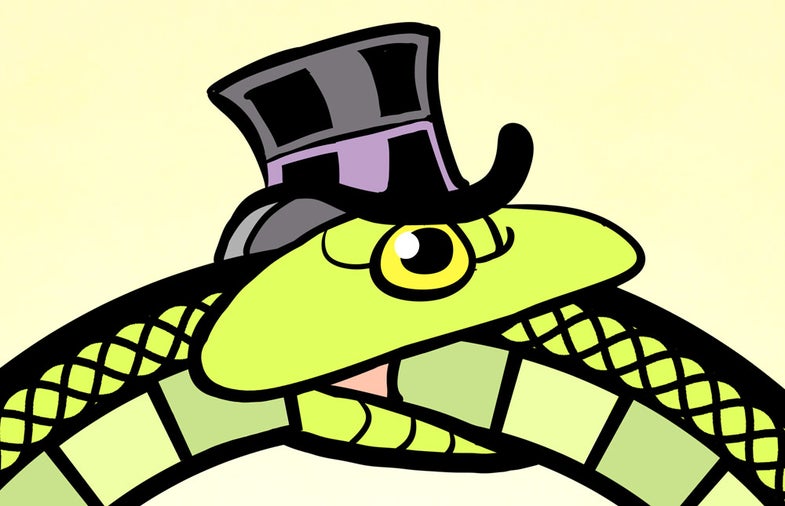 A little while back, I posted a comic on how speculative (spec) work harms the creative industry. It was spurred by a message me and many other comics professionals received to enter in a contest held by the Union of Concerned Scientists. After its publication, Michael Halpern, Program Manager of the UCS’ Center for Science and Democracy reached out to me in order to make amends and come to a better understanding. His response appears below:

Several of Maki’s criticisms are very fair, and I want to take the opportunity to respond to them, explain why we set up the contest in the way that we did, and explore where we might be able to take this contest in the future.

First of all, I love cartoons. I was glued to the comics page as a kid (although I’ve always despised Family Circus). And when I first started at the Union of Concerned Scientists in 2004 and ever since, there were so many amazing editorial cartoons that were incredibly effective at pointing out the absurdity and danger of how science was being politicized in the federal government. I wanted to create some content in this vein that we could use to educate the public and push for change. With this kind of art, we have been able to take a fairly hard-to-articulate issue—science and its role in our democracy—and make it accessible in a unique way.

Developing this contest and the calendar ten years ago was one of the most satisfying things I done professionally. Many scientists come back year after year eagerly anticipating the next batch. At the same time, I want to make sure that we are being responsive to the people who create the content as well as those who consume it.

I understand and lament that compensation and job security for creative types, and especially editorial cartoonists, has decreased substantially. I have read about staff cartooning jobs that are cut to make way for lesser-paid freelancers and syndicates. This is terrible, especially at the local level. Democracy loses when we have fewer people in any area—investigative journalism, science reporting, editorial cartooning—who are charged with speaking truth to power and holding people accountable. I don’t think we should ask professionals cartoonists to do spec work. I don’t think that people should have to pay their dues to an industry through unpaid work, either. I see parallels with all of the interns that we occasionally hire at UCS, who are paid a living wage. This is an issue of fairness not only because people should be fairly compensated, but because unpaid internships or contract work disadvantages lower income people. I live in Washington DC. I see highly privileged people whose parents pay for their expenses so they can take unpaid internships and get a leg up on those who don’t have access to those resources. That sucks. I’m also not going to argue that charities should get free work simply because they’re charities. That’s bogus. They should pay for stuff, too, even if they can’t pay as much as Fortune 500 companies. So how did we get to where we are today, and how does our contest fit into this narrative?

First, a history: for the first several years of the contest, we sought entries for all twelve slots in the calendar. We called the contest “Science Idol” and recruited professional cartoonists and cartoon editors to judge the entries. Then anyone could vote for their favorite on our website. There was a cash prize plus the opportunity to meet the “celebrity” judge of the winning cartoonist’s choice. A lot of people thought it was pretty neat to be able to meet and show their work to the cartoon editor of the New Yorker. So initially, most entries came from professional scientists who liked to draw on the side. Some came from people employed in other professions who had always thought about a creative career. A few came from full-time cartoonists. The quality could be hit or miss, but we ended up with some great content.

But then someone pointed out that we really should be paying for all of our cartoons. And that made sense. Plus, staging a contest, combing through hundreds of entries, recruiting judges, choosing finalists…well, it was a lot more work than we had anticipated. So we switched our model. Over the past few years, we commissioned twelve cartoons from artists who had submitted work in the past. It’s a model that worked well.

But we wanted to get some new voices in there. So we thought we could create a hybrid model where we commissioned some cartoons and allowed others to submit entries for the remaining spots. We thought it would create excitement and buzz among students, amateur artists, and others who look to create art for fun and don’t intend to use it for a livelihood.

This is the first place where I think we messed up. We should have been more clear that the contest spots were for amateurs.

I appreciate Maki’s decision not to name the staffer who did the outreach to cartoonists. I’m the one who asked him to do so, and we didn’t approach that in the right way. In my mind, I was thinking that the cartoonists who were contacted would indeed be people who could spread the word among their fans who might not be cartoonists, and who might not be looking for income, but would be looking to have fun and win a contest. I saw it like students entering a science fair, who might win a prize, but would also enjoy and learn from participating. Clearly, our outreach efforts were perceived as an attempt to recruit professional artists to bid for jobs by doing some or all of the work in advance, with no expectation of payment should their work not be selected. My bad.

To add insult to injury, we reached out to a lot of people all at once—adding fuel to the idea that we wanted as much work as we could get for as little money as possible. We did this because we really didn’t have a very good sense of how to reach cartoonists. We mostly work with scientists. That doesn’t excuse the fact that we should have done more research or been more clear. It’s just what happened.

Maki is right that we could have also done additional research to find some new artists and commission cartoons from them. But in this case, our target audience was not professionals or hoping-to-be professionals. We are open to finding new professionals to commission in the future. But we are spread pretty thin on a bunch of projects as it is, and not really knowing where to start, we just went back to the idea of having a contest for the amateurs. I really do appreciate the leads I now have, as a result of this rather embarrassing article, for where we can go to find cartoonists who will create great content for us at a fair price.

Finally, some have perceived that we want exclusive rights to all cartoons that are selected as finalists. Well, here’s the second place we messed up: when we wrote the contest rules. We did a bunch of cutting and pasting and the words got jumbled. So we have amended them to reflect the following: anyone whose work is not chosen as a finalist retains full rights. Anyone whose work is chosen retains the copyright but shares it with UCS. That allows us to use the cartoon in our calendar, but also on flyers for events and other promotional material. The artists are free to reuse the cartoon in other venues, too.

So here are my takeaways: Be more clear about who our contest is aimed at. Make sure we dedicate enough time in advance and during the contest to promote it effectively. And talk to a bunch of professional cartoonists before we source cartoons in the future to make sure we are fully supporting their profession. In the meantime, I’m always open to feedback, and can be found on Twitter or via email.

*Reading Michael’s response, it’s clear he understands the issues at hand. And putting aside the lapse in netiquette (remember that word?) by his employee, has shown that the UCS is an organization that is receptive to criticism and open to change.

The only lingering point of contention I have is the idea of the “amateur” as a target audience. I feel it still perpetuates the idea that creative work is something done on the side for fun, and the people who can make a living off of it are just really fortunate/talented. Which is untrue, because like any trade, it usually involves a lot of hard work and training.

A scientist can learn do their own home plumbing on the side as a hobby, but at any point they could also feasibly make a business out of it. We should live in a world where this is also true for creatives, as creative work is just as important as working toilets (I’d love to sit on the sidelines while the internet argues the minutiae of that comparison.) The point is, people should be able to make a living wage in exchange for their time and work.

Admittedly, things can get pretty fuzzy: If I were to ask said scientist/plumber to fix my sink, or if they offered to do it as a favor, would I be exploiting their expertise? Maybe. But if I put out a call for amateur plumbers to install new bathrooms in my home with a chance to win money, that line just got a lot clearer.

Honestly, the best solution is to do away with the contest model altogether, or at the very least change how it works. In the comic and ensuing post, I suggested people submit pitches instead of finished works.

Publications such as The Nib would often have open calls for stories, where somebody like me could pitch the editor with a rough outline of a story. If the editor liked it, we could begin the process of getting the comic made. This is the fairest way to go about it, because neither side is expected to do an unbalanced amount of work.

That said, does this involve a lot more work than a contest? Of course. But not only will the final product will be much better, but neither side will feel taken advantage of. On top of that, the editorial process can foster much better relationships than any amount of exposure a finished product sent in out of the blue receives.

As of the publication of this post, the UCS has taken my words to heart and is willing to consider the pitch concept in the future, as it already lines up with how they work with the commissioned artists. In the end, their goal is to get great content and to pay fairly for that content, so they have expressed that they are open to whatever model makes the most sense.

Michael hopes readers will leave with the sense that the UCS has learned from this experience and that they will commit to doing better in the future.*