This white noise solution from Cambridge Sound Management is a lot more advanced than a fan. 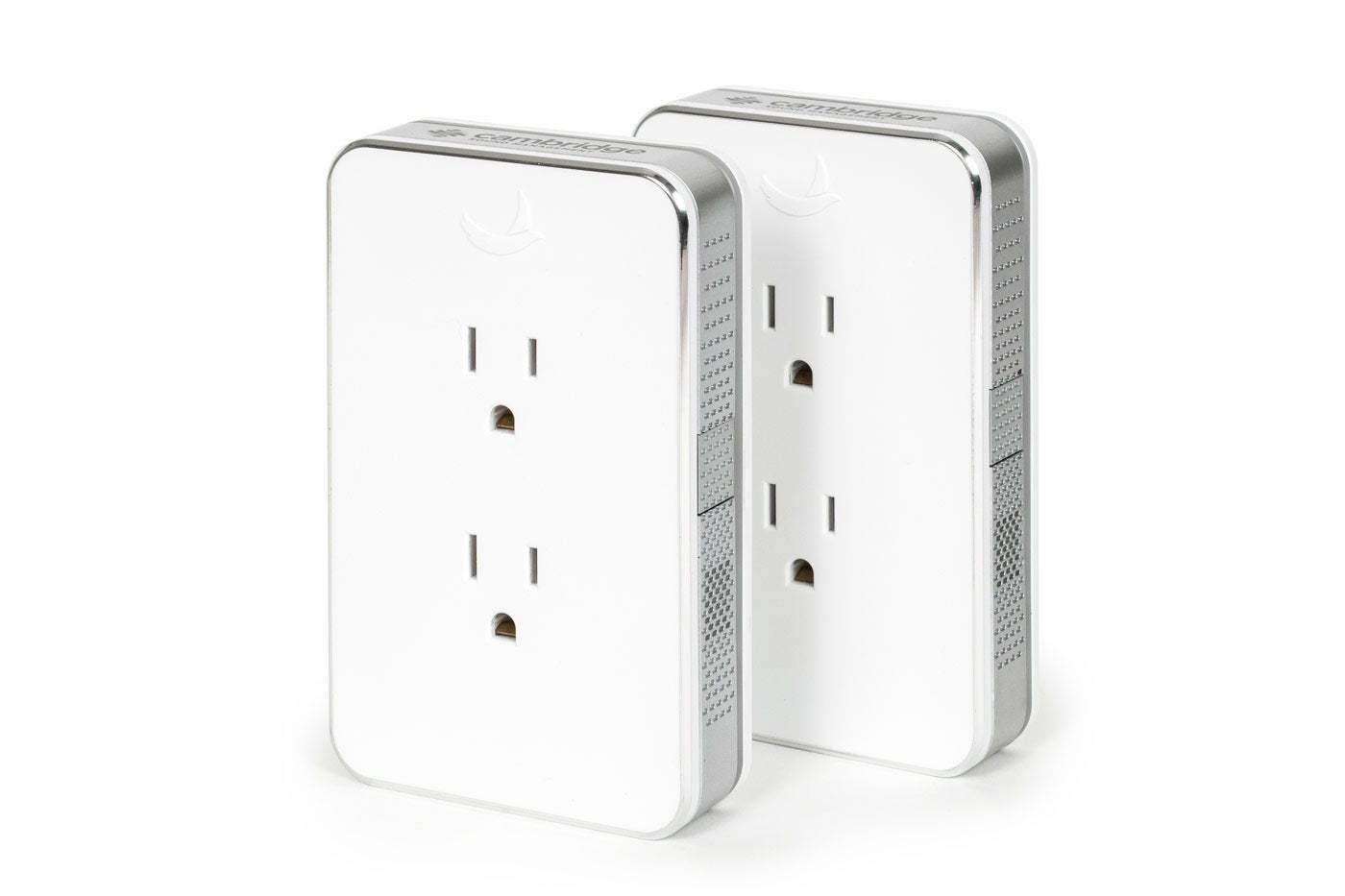 Sleep is important. Not getting enough of it makes you dumb and increases your chances of developing heart disease and having a stroke. New research even suggests that chronic sleeplessness can put people at a much higher risk of Alzheimer’s disease and other neurological disorders later in life.

It’s no wonder then that in our sleep deprived society more and more of us are looking to innovate our way to a better night’s sleep. Unlike standalone white noise machines, the Nightingale system includes two plug-in speakers that create an immersive “sound blanket” to block out distracting nighttime noises.

The Nightingale sleep system requires an iOS or Android app and two speakers that plug directly into power outlets (preferably located at opposite ends of the bedroom).Both feature pass-through plugs so as not to render your entire outlet useless. Cambridge Sound Management, the maker of the Nightingale, claims you can place these units behind furniture without any adverse sonic effects, which we had to do in both cases.

Once powered on, the app will recognize each Nightingale. You’re then prompted to set up an account, connect to your Wi-Fi network, and select your room’s acoustic profile (neutral, absorptive, reflective). Controlling the 15 different sound profiles is done through the app or via a browser. We tested the system over the course of a week and have incorporated our partner’s thoughts here as well. A lifelong tinnitus sufferer and self-described “bad sleeper,” they generously agreed to serve as an additional sonic guinea pig.

Like every other sound machine, the Nightingale fights noise with more noise—white, pink and brown noise, from what we can tell, plus some nature soundscapes for good measure. Some of these sound profiles are labeled based on the sleep-inhibiting affliction they’re meant remedy, such as tinnitus and snoring. Others are simply based on the room type, like “adult bedroom,” “kids room,” or “hospital room.” It’s all a little confusing, since most people we know who use sleep machines simply settle on the noise color they like best and stick with it regardless of room type. You also get bevy of nature sounds, too, if that’s your thing. You can choose from “Lakeshore,” “Crickets,” “Loons,” “Whale Songs,” and “Rainstorm.”

In general we stayed away from the latter and stuck with our “adult bedroom” white noise setting. Some sleep researchers have found that nature sounds, although soothing to some, can actually disrupt sleep. It was just as well since both of us found them all pretty distracting. Also, as Big Lebowski fans, it was impossible to listen to whale songs without thinking about nihilists breaking into our home.

Cambridge Sound Management says the two speaker setup helps create a more immersive “sound blanket,” and overall we found this to be true. Regardless of the sound profile you choose, it does feel like you’ve been submerged in sound, which is a cool feeling. What’s questionable, however, is whether this non-localized arrangement is ultimately any more effective at helping you sleep. The company points to one Harvard Medical School clinical trial using its Nightingale system that seemingly helped people fall asleep faster, but that’s just one study. While the system blocked out noise as effectively as our old sleep machine, but we didn’t notice any change to our sleeping patterns.

The biggest worry for many who use digital white noise systems is looping. Many sleep machines and apps just run a five or 10-minute sound clip of white noise over and over, which some people’s brains can actually pick up on. This can result in all sorts of weird things, including hearing voices. While we’ve both had such experiences, we can happily report they were not a problem with the Nightingale.

Okay, so if you’re still wondering how this justifies the Nightingale’s $300 price tag, we’re with you 100 percent. Yes, you can use an app to control the sounds and set sound schedules. Yes, you get a somewhat customized sonic output based on your room type. And yes, you can even use the Nightingale with Amazon’s Alexa and IFTTT. But if the point of all this is to help you sleep better, none of those things really made much of a difference to us.

It didn’t disrupt our sleep, but the Nightingale system also didn’t helped us fall asleep any faster or sleep any better—at least compared to our trusty old $45 sleep machine. If you live in a particularly noisy area, you may derive more sound-masking benefit than we did. If, on the other hand, you simply want a better night’s sleep, there are far cheaper ways of achieving it.