Nicolas Cage Is Returning A Stolen Dinosaur Skull To Mongolia

Giving back a National Treasure 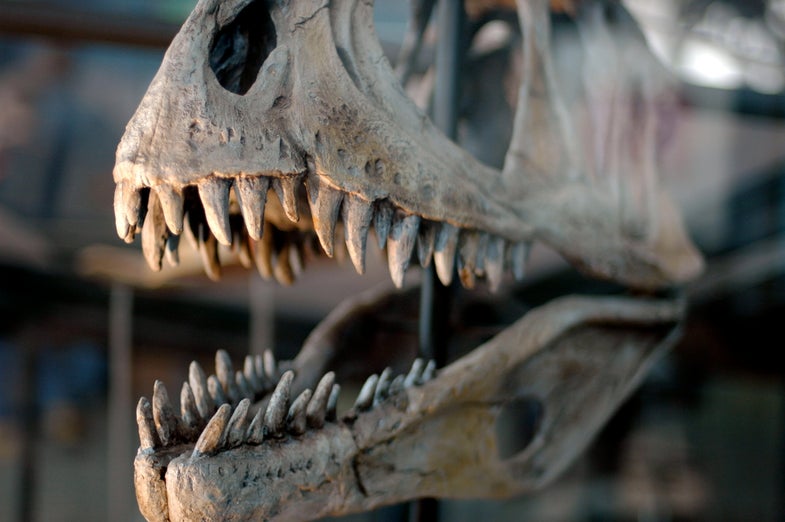 There are very few people in this world that can say they’ve touched a dinosaur skull, much less owned one. For a few years, actor Nicolas Cage was one of those rarified people rich enough to own a dinosaur skull that cost as much as a house.

The story goes like this. Nicolas Cage was, until recently, the owner of a Tyrannosaurus bataar skull, which he paid $276,000 for in an anonymous auction eight years ago. But a recent investigation found that that skull and several other fossils had been stolen from Mongolia’s Gobi desert. Cage immediately agreed to turn over the skull to the federal government upon learning that it was stolen.

Mongolia has been struggling to get back numerous rare dinosaur fossils for years now. Last year one fossil dealer, Erik Prokopi was sentenced to three months in prison for illegally transporting and selling dinosaur fossils from Mongolia in the United States. Excavating artifacts or fossils for profit is a huge concern for the archeological and paleontological communities respectively. Without knowing where they came from, what position they were in, or in what layer of the Earth the items were found strips them of their context as well as their scientific value.

We imagine that Cage went through several emotions on hearing that his prized posession (he is rumored to have outbid Leonardo DiCaprio for the skull in 2007). At first he was probably annoyed:

Wouldn’t you be, if you had to give up a dinosaur skull? But ultimately, he did the right thing. Returning a country’s National Treasure IRL? That’s something to smile about.