But not during games, so you'll still have to get your beer the old way 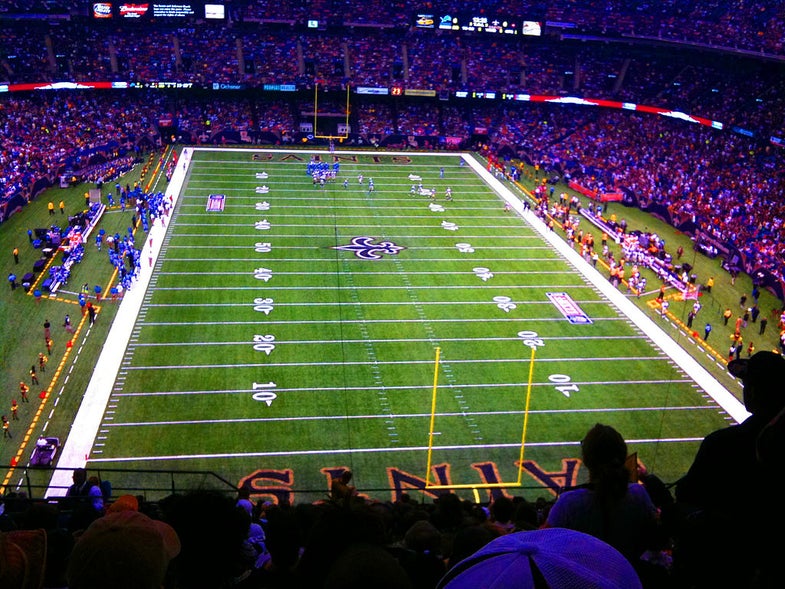 Last week, the FAA granted the NFL legal permission to fly drones. The FAA’s authorized over a thousand businesses to fly drones, but the NFL is the first major sporting league granted such permission. The rights extend to data collection and video capture, but are limited to times when teams aren’t playing. The FAA specifically noted that drones are safer than manned aircraft for this, saying:

The permission granted from the FAA includes the same 31 standard clauses the FAA has for every drone authorization, whether it’s a modified paper airplane or every single already-authorized drone. These include a 400-foot altitude limit, a 100-mph top speed, and a 55-pound weight limit. The NFL can legally fly DJI Phantom 1, DJI Phantom 2, and DJI Inspire drones.

The NFL, and NFL Film, the specific part of the organization that will fly the drones, included in their request a note that they will only fly drones over empty stadiiums or during practice with the permission of everyone inside:

For game days, this change means very little. For ads that play during commercial breaks, expect to see a lot more aerial photography.