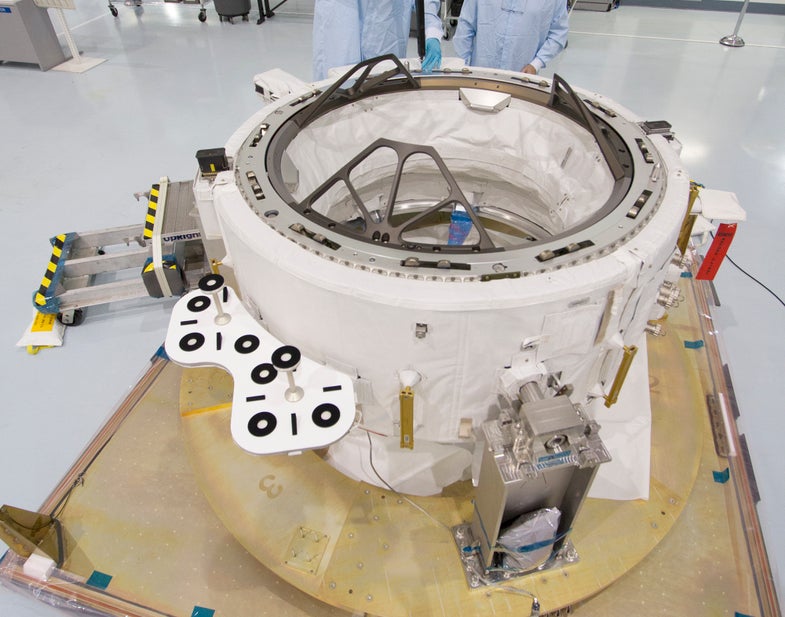 SpaceX and Boeing are competing to become the first private company to shuttle astronauts to the International Space Station in 2017 (or 2018). But before SpaceX’s new Crew Dragon capsule or Boeing’s Starliner can put their human cargo onboard the station, NASA needs to install a special adapter that allows these first-of-their-kind private astronaut taxis to dock with the station.

When the adapter finally does arrive at the space station, a station robot named Dextre will pull it out of the Dragon’s trunk and position it over one of the station’s ports. Astronauts would then perform a spacewalk to finish the installation.

It’s still unclear for now when exactly we will see the new docking equipment being used, but putting it up on the station is a big step toward a future when private companies are regularly flying people into space, and doing so from America (the latter of which hasn’t happened since the retirement of the Space Shuttle in 2011) .