The Next Higgs Boson: Made In China? 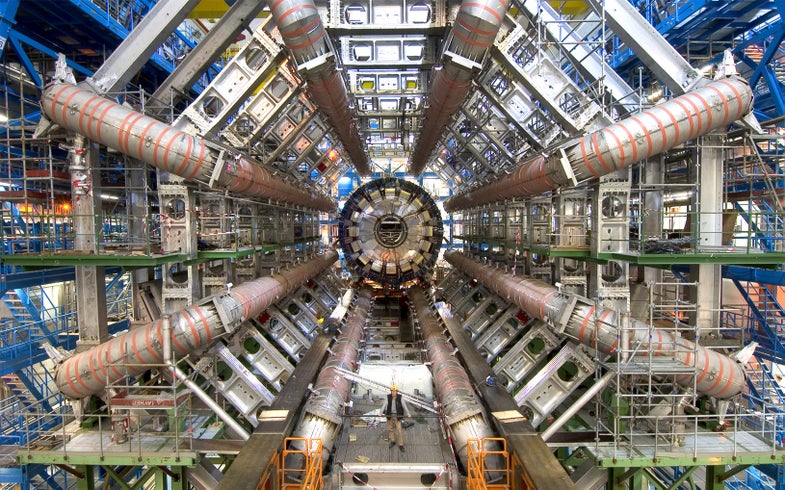 Super colliders are already massive. The Large Hadron Collider in Switzerland features a circular track over 16 miles long. Today, Chinese state media announced the nation’s plan to construct a super collider twice as large, with construction beginning in 2020. Like the Swiss project, it will smash particles together looking for the elusive snowflake that is the “God Particle“. Unlike the CERN project, it will do so with a ton more energy.

This doesn’t necessarily mean that China’s project will become the dominant source of information about the particle. CERN, the group responsible for the Large Hadron Collider, today announced progress on improvements to their collider, with a project 2025 date for project completion. Currently, the LHC smashes particles with 13 Tera electron volts, but by the end of the upgrades in 2025 it will have 100 TeV. China has not yet released expected energy levels.

If China’s collider sparks a competition of research for national prestige, it seems like that’s a net win for humanity.