Newly Identified Bourbon Virus Has Nothing To Do With Alcohol 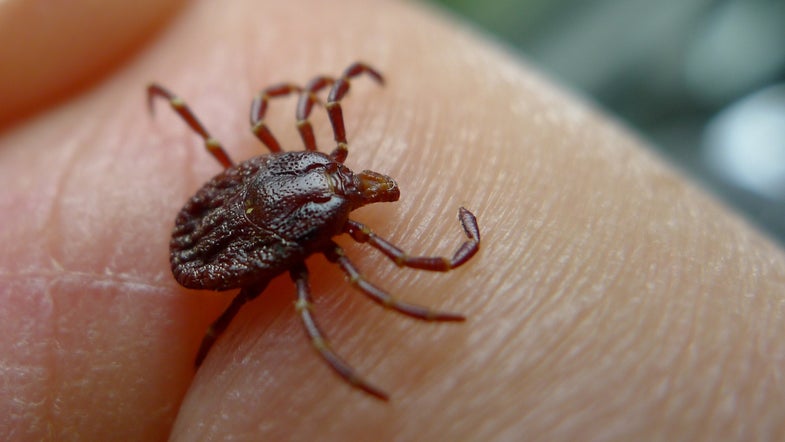 Last summer, a man in Kansas went to the hospital with symptoms of a tick-borne disease, including high fever, fatigue and a lack of appetite. Despite the doctors’ best efforts to treat him, within 10 days he suffered organ failure and died.

Now, researchers say that they have identified a new virus found in the patient’s blood stream. The virus, named Bourbon virus after Bourbon County, Kansas, where the man was from, is part of a family of viruses called the orthomyxoviruses, which includes influenza. This particular virus seems to be from a smaller group of viruses called thogotoviruses, which tend to be transmitted by ticks.

In a video posted by the University of Kansas Hospital, Dr. Dana Hawkinson, who treated the patient, talks about some of the stranger aspects of the virus. Its closest known relatives are in Eastern Europe, Africa, and Asia, but none have been found in the Western Hemisphere, until now. Oddly, those related viruses have only ever infected a handful of animals and humans.

This week, the Kansas Department of Health and Environment announced that they are working closely with the CDC to test blood samples and see if this virus has shown up anywhere else.

“I think we have to assume this has been around for some time, and we haven’t been able to diagnose it,” Dr. Hawkinson told the New York Times. “We suspect there have been milder cases and people have recovered from them, but we don’t have a lot of information.”

Because the virus is so newly identified and has only caused one confirmed case, there is no vaccine, and no known course of treatment. Experts are encouraging people to avoid being bitten by ticks. That’s easy enough in winter, when ticks aren’t generally active, but could be a challenge for people who enjoy hiking in the woods in warmer months. The CDC’s recommendations for preventing tick bites includes avoiding walking through thick underbrush, using an insect repellent that contains DEET, and checking yourself, your clothing and your pets for ticks as soon as you come inside.