The researchers predict that it could do the same for people, too 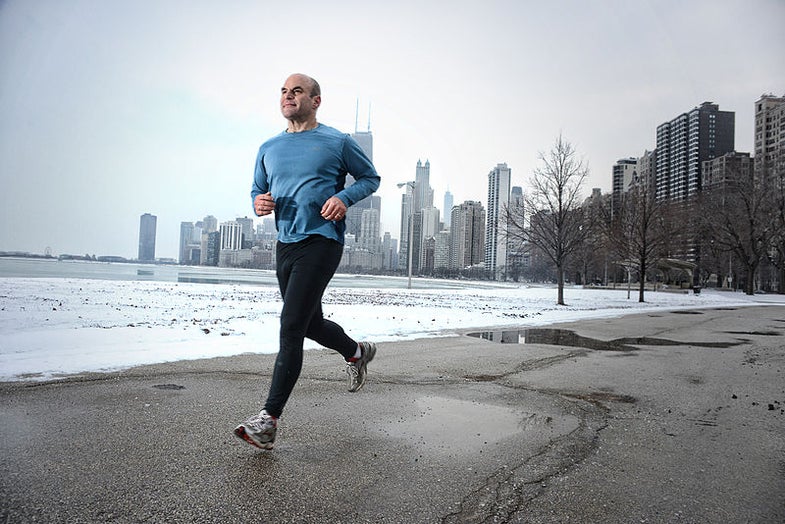 Everyone knows the age-old tactics for losing weight: eat better, eat less, and exercise more. But researchers at the University of Southern California may have found a way to sidestep that simple-sounding advice. Mice injected with a newly discovered hormone called MOTS-c gained less weight and were better able to regulate blood sugar, the same benefits they would have received if they had been exercising.

“This represents a major advance in the identification of new treatments for age-related diseases such as diabetes,” Pinchas Cohen, the dean of the USC school of gerontology and one of the study authors, said in a press release.

Hormones are the body’s chemical messengers. They tell certain systems to turn on or off, regulating bodily processes like growth, puberty, menstrual cycles and metabolism. According to the new paper, published yesterday in the journal Cell Metabolism, MOTS-c comes out of the genetic code found in mitochondria, a part of the cell that converts food into energy and, the researchers suspect, may play a larger role in signaling and regulating the body. 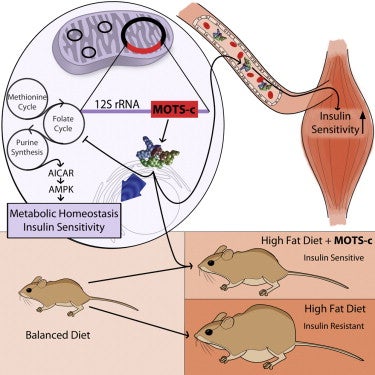 A graphic version of the study’s abstract

To test the effects of MOTS-c, the researchers put mice on a high-fat diet and injected half the mice with the new hormone. The mice that received the hormone gained less weight and their bodies were able to use insulin more effectively, combatting a pre-diabetic condition called insulin resistance.

It’s important to note that mouse studies are still fairly preliminary—a lot of work needs to be done before MOTS-c can go on the market to people looking to lose weight. But the researchers are optimistic and hope to conduct tests in humans within three years.