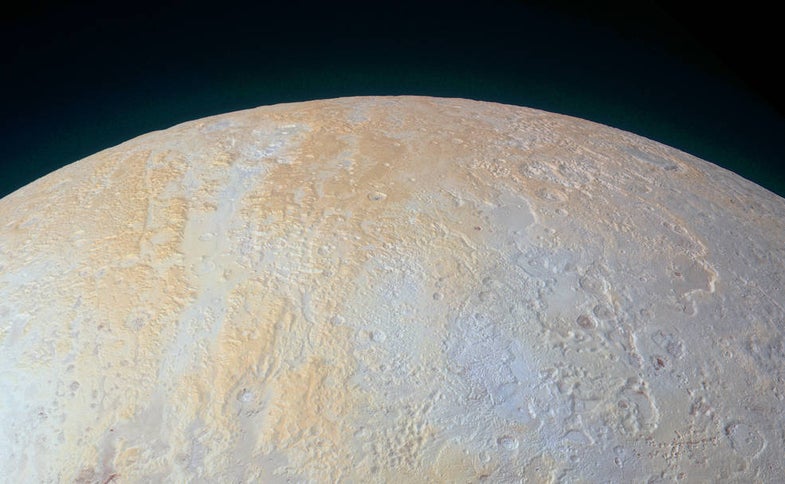 The latest view from the far reaches of the solar system is a cold one. Today, NASA released a new image of Pluto, showing the white and cream colored icy surface of the former planet known as Pluto.

The beautiful image shows a detailed view of the ice-covered landscape. 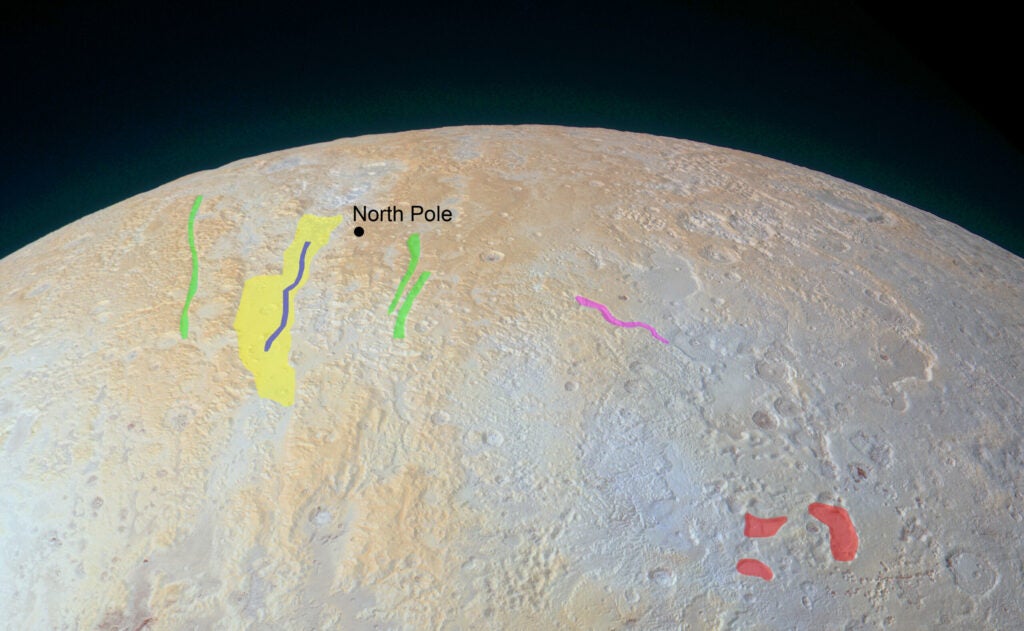 The yellow color marks a canyon 45 miles wide, with a valley (in blue) heading across the bottom. The green marks are smaller canyons. The pink highlights a nearby valley, while the red marks irregular pockmarks 45 miles wide and two miles deep.

The photograph was taken by the New Horizons spacecraft, which flew by Pluto last July, gathering a stupendous amount of information.

This new image shows a strange difference in color between the yellowish high elevations and lighter cream-colored low elevations. Scientists are still trying to decipher the reason for the color gradient.

“One possibility is that the yellow terrains may correspond to older methane deposits that have been more processed by solar radiation than the bluer terrain,” said New Horizons researcher Will Grundy.