Hotter Vapes Could Put More Toxins In Your Lungs

Not every puff is created equal 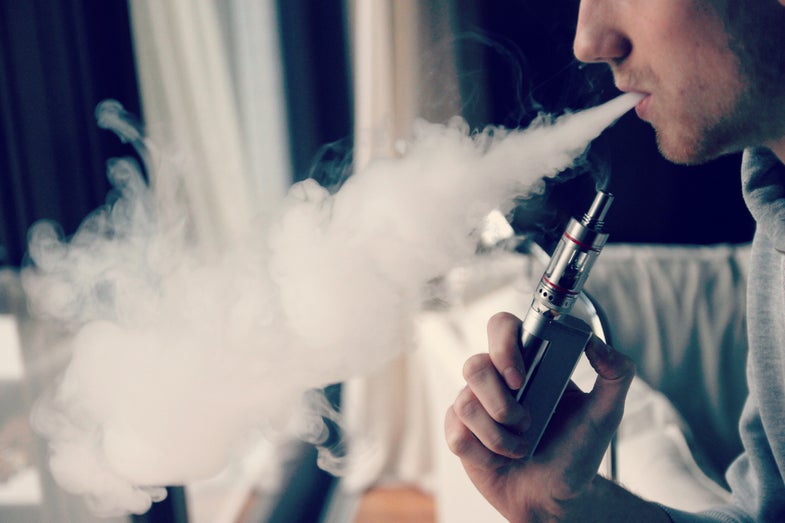 It’s not news that electronic cigarettes, an increasingly popular alternative to conventional cigs, contain some levels of toxic chemicals. Even the FDA seems confused about how to regulate e-cigs and vaping supplies, with hundreds of types of smoking apparatuses and varying flavors and nicotine levels hitting the market.

New research out of Berkeley Lab shows that not every puff is equal, and clearly outlines the factors that increase risk. Temperature, type, and age of the device all play a role in how much harmful emissions the e-cig produces, but the heat was a main point of interest.

In the paper, researchers detected significant levels of 31 toxic chemicals, including formaldehyde, acrolein, propylene oxide, and previously undetected glycidol present. Acrolein is used as a herbicide and is found in conventional cigarettes. Glycidol is an irritant that’s a potential carcinogen, as is propylene oxide. Formaldehyde, of course, is the tobacco industry’s most famous carcinogen. These and other toxins increased several-fold after sustained use of the vape, after it heated up around 20 puffs. High temperatures meant more harmful emissions.

These findings don’t mean you have to give up on your sweet smoke-ring skills yet, but knowing what you’re breathing can help e-cig manufacturers create a less harmful device. In the meantime, it can’t hurt to let it chill between puffs to take in less hot toxins. The study’s corresponding author Hugo Destaillats put it most simply: “Regular cigarettes are super unhealthy. E-cigarettes are just unhealthy.”