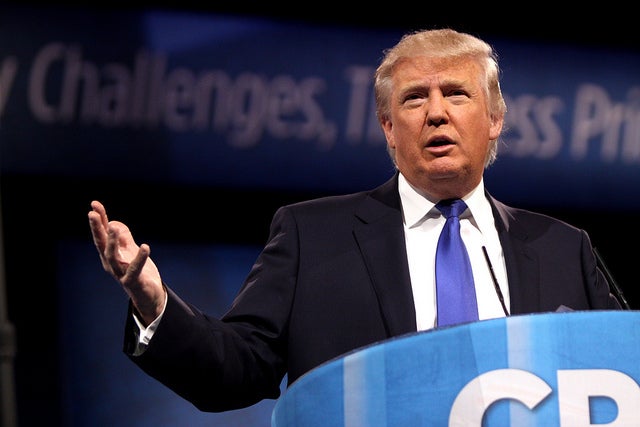 A new study released by the Sierra Club Tuesday finds that if Donald Trump were elected president, then the United States would be the only country to be led by a climate-denier.

But while the study was comprehensive in its search through world leaders, it does have some holes to acknowledge.

The study found official statements from heads of state or heads of government of the 195 nations listed as “Independent States in the World” by the U.S. Department of State. What it doesn’t take note of are statements from other political parties or groups that do not currently hold power, as is the case with Trump (at least currently).

While a 2015 study of nine developed nations found that the GOP was the only political party to deny climate change’s existence, that still leaves 187 countries, most of which have two or more political parties.

With this, the study is comparing the statements and tweets of a presumptive candidate to current heads of states, a bit of comparing apples and oranges.

Though there is plenty of information to sift through (Trump has called climate change a “hoax,” “con job,” “bullshit” and even stated that it was a Chinese ploy to hurt the American economy), it can be hard to analyze what he says – Trump has no political track record to examine and has been known to change his statements in the past.

And at the end of the day, all of the statements from 195 leaders are just words. While the likes of North Korea and Saudi Arabia have expressed how this will be an important issue to combat in the 21st century, that doesn’t mean that those countries, or the other countries listed, are closer to lowering their own emissions or doing more to assuage the change than others.

That’s not to say this study is without value. The Sierra Club has compiled statements from almost 200 leaders saying that they agree with scientists and that their countries need to change and adapt to global warming, though in words only. These world leaders’ statements about climate change are now together in one place and can be openly accessed. That will be a useful resource for holding leaders accountable going forward, whoever and wherever they are around the world.