A New Source of Energy In Maryland: Chicken Manure 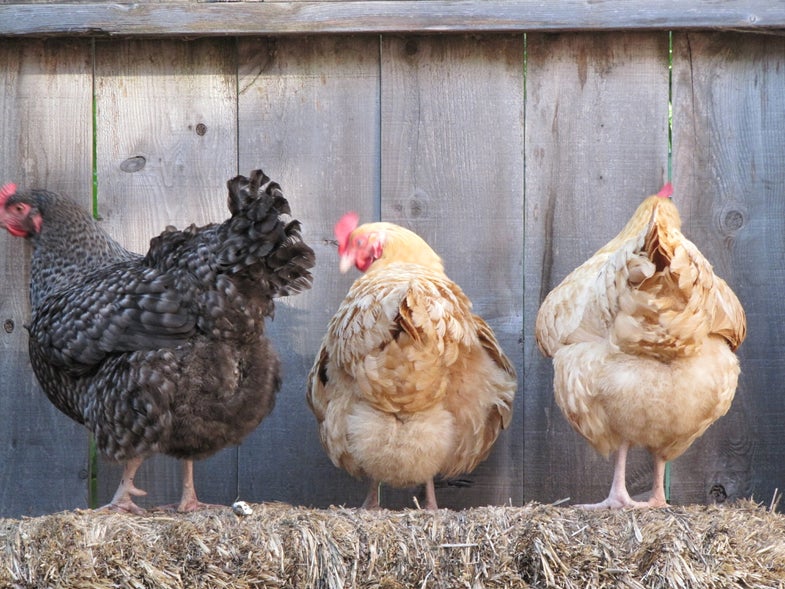 Maryland has a big, stinking problem. Every year, the poultry industry produces about 650 million pounds of manure within that state alone. Chicken manure is a great fertilizer, but in Maryland, there is so much of it that what once was seen as a resource has become the target of investigations by groups worried about the effect of this phosphorus-rich substance polluting the nearby Chesapeake Bay and destroying local seafood industries.

Now, it seems that there might be a solution that gets rid of the extra waste and provides a clean source of energy. The Baltimore Sun reports that chicken giant Perdue has teamed up with two energy companies to build a $200 million plant in Maryland that will convert the excess chicken excrement into energy. The idea is that the poop will go through an anaerobic digestion process, devoured by microbes that will produce methane, which can be used to generate electricity. The remaining matter will be siphoned off, separated, and turned into either liquid fertilizer or other beneficial agricultural products, without ending up in the water supply.

This would be one of the largest anaerobic digestion projects ever, but it isn’t that much of a stretch to imagine its success. Other projects underway include grocery stores turning waste into energy, and dog parks putting Fido’s calling cards to good use.