Send your doctor a cell-fie 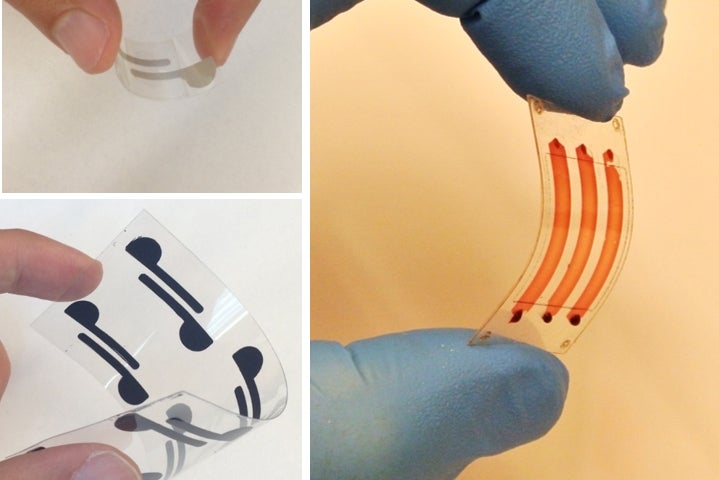 Going to the doctor to see if you have strep throat might be a hassle, but it’s next to impossible for people who live in remote regions with limited access to healthcare. Researchers from Florida Atlantic University have created a sensitive film that can detect viruses and bacteria, such as HIV and Staph, at home. The film could be used in remote regions, helping medical professionals diagnose diseases and decide on the best treatment from afar. The researchers published their findings in a recent issue of Scientific Reports.

To use the new platform, patients would place a small sample of blood or saliva on a film made of cellulose paper surrounded by flexible plastic. Each film is designed to detect a particular type of bacteria or virus; if that type of cell is present, nanoparticles aggregate around it, dyeing the cells a bluish color to stand out from the rest of the sample. The patient would then use a smartphone app to take a picture of the sample and send it to a doctor for diagnosis. Medical professionals, no matter where they are, would receive the cell-fies and look at the bacterial biomarkers in the sample to diagnose the disease. The film is sensitive, disposable, and much cheaper to produce than similar biosensing films.

The researchers anticipate that this technology could be used to diagnose a huge range of bacterial and viral diseases, and could help doctors to monitor patients’ progress if they are receiving treatment. It could also be used to detect bacteria in other substances, including food and water, to help prevent foodborne illnesses. 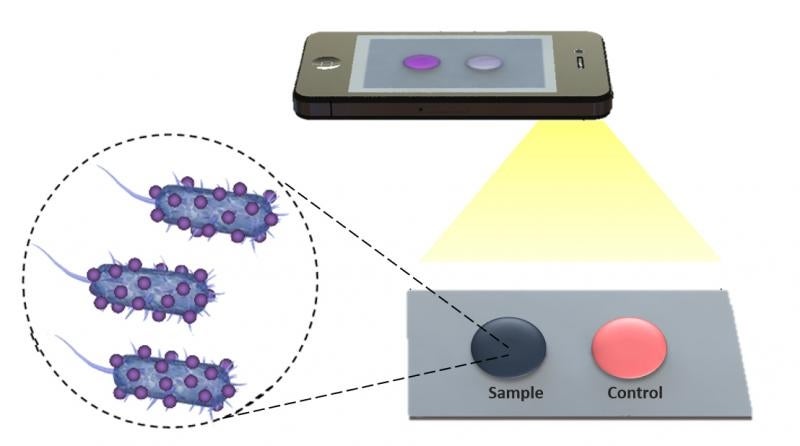 How to take a cell-fie.