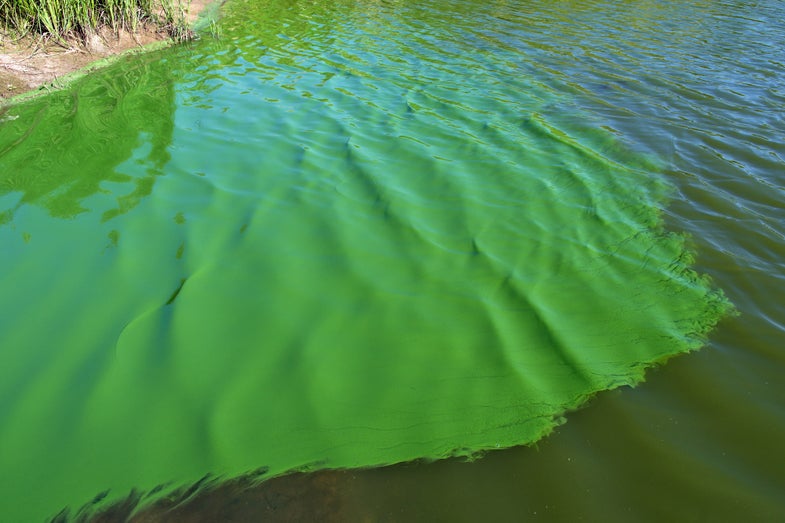 You don’t need eyes to see–at least, not if you’re a cyanobacteria.

In a paper published in eLife, researchers say that they’ve figured out how cyanobacteria and other single-celled bacteria can detect and move toward a source of light. It turns out that they use their entire body as an eye.

“The fact that bacteria respond to light is one of the oldest scientific observations of their behaviour,” lead researcher Conrad Mullineaux said. “Our observation that bacteria are optical objects is pretty obvious with hindsight, but we never thought of it until we saw it. And no one else noticed it before either, despite the fact that scientists have been looking at bacteria under microscopes for the last 340 years.”

Mullineaux and colleagues examined a kind of cyanobacteria called Synechocystis. Synechocystis has a round shape, and the researchers observed that as light hit on one side of the bacterium, the bacterium acted as a lens, refracting the light and focusing it in a concentrated point on the opposite side. Light receptors in the cell pick up on the concentration of light and move away from it, towards the light source, using tiny tentacles called pili. 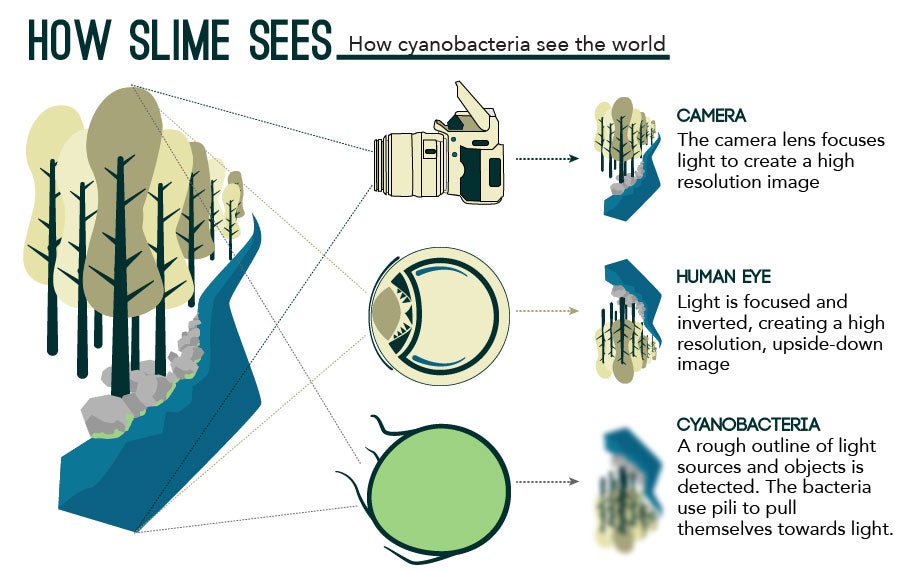 Though the end result (being able to navigate the world by sensing light) is the same in both cyanobacteria and seeing animals (such as humans), the actual biology is very different. It kind of has to be, since a cyanobacterium is a single cell and a single human retina contains millions of cells. But, amazingly enough, both human eyes and cyanobacteria can see in a similar way.

Just like the initial images produced by a human eye, the image seen by a cyanobacteria is upside-down. Unlike them, we have a brain that flips the image back upright. We have another advantage too. All those millions of cells give us a much clearer and more defined picture than cyanobacteria could ever hope to get.

To get a sense of the cyanobacteria’s capacity for movement check out this time lapse of the growth of a Synechocystis colony.