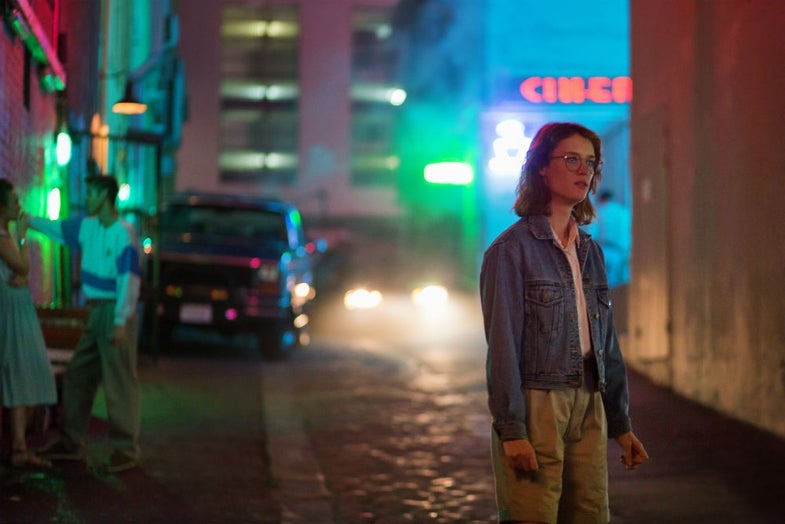 Alright, dystopian sci-fi television fans and lovers of too-close-to-home WTF moments: Black Mirror will be back on October 21. To hold us over (62 more days, ugh) show creator Charlie Booker dropped first-look images from two episodes of the British techno-drama on Twitter:

What we know so far: It’ll be two seasons of six episodes each, scored by Geoff Barrow and Ben Salisbury (who also worked on Ex Machina‘s haunting score). In these images, we see Nosedive, which is directed by Joe Wright, and San Junipero, directed by Owen Harris.

The same brand of 80s horror we’ve seen in the Netflix hit Stranger Things shows up for San Junipero, starring Mackenzie Davis and Gugu Mbatha-Raw. In Nosedive, starring Bryce Dallas Howard, people stare zombie-fied into their phones, wearing pastel outfits that could either be an alternate reality 1960s town, or a trip to the J. Crew outlet in 2016. Both episodes will screen at the Toronto International Film Festival date next month.