New Horizons Gets Green Light To Explore A World Beyond Pluto

The revolutionary explorer gets a life extension 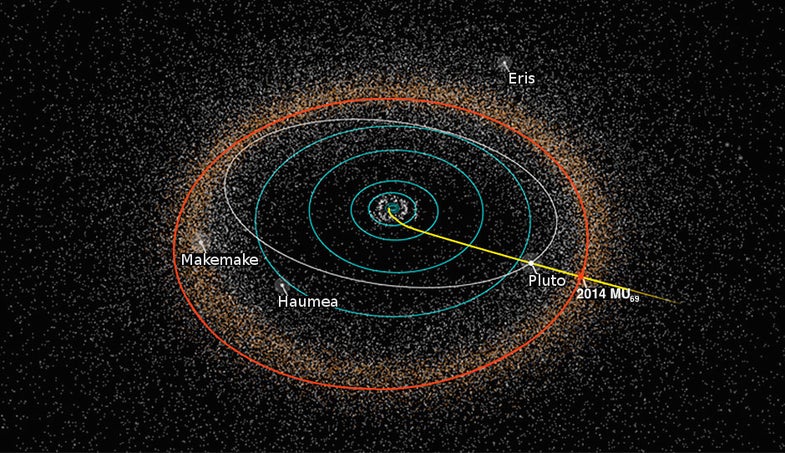 New Horizon's trajectory from Earth to Pluto and the mysterious 2014 MU69. The object is about a billion miles away from Pluto. Credits: NASA/JHUAPL/SwRI/Alex Parker
SHARE

New Horizons, the craft that showed us Pluto up close for the first time, just received NASA approval to forge ahead to an ancient target beyond Pluto.

As the team completed the mission’s history-making Pluto exploration last July, the fate of the little spacecraft that could was up in the air. It continued past Pluto and started heading for MU69, an icy, 20-30 mile wide Kuiper Belt object that’s “a time capsule from the earliest days of our solar system,” PopSci’s Shannon Stirone wrote. But without approval, the spacecraft faced the possibility of a lights-out within the year. Last week’s green light lets the New Horizon’s team continue bee-lining for MU69, with a rendezvous date set for January 1, 2019.