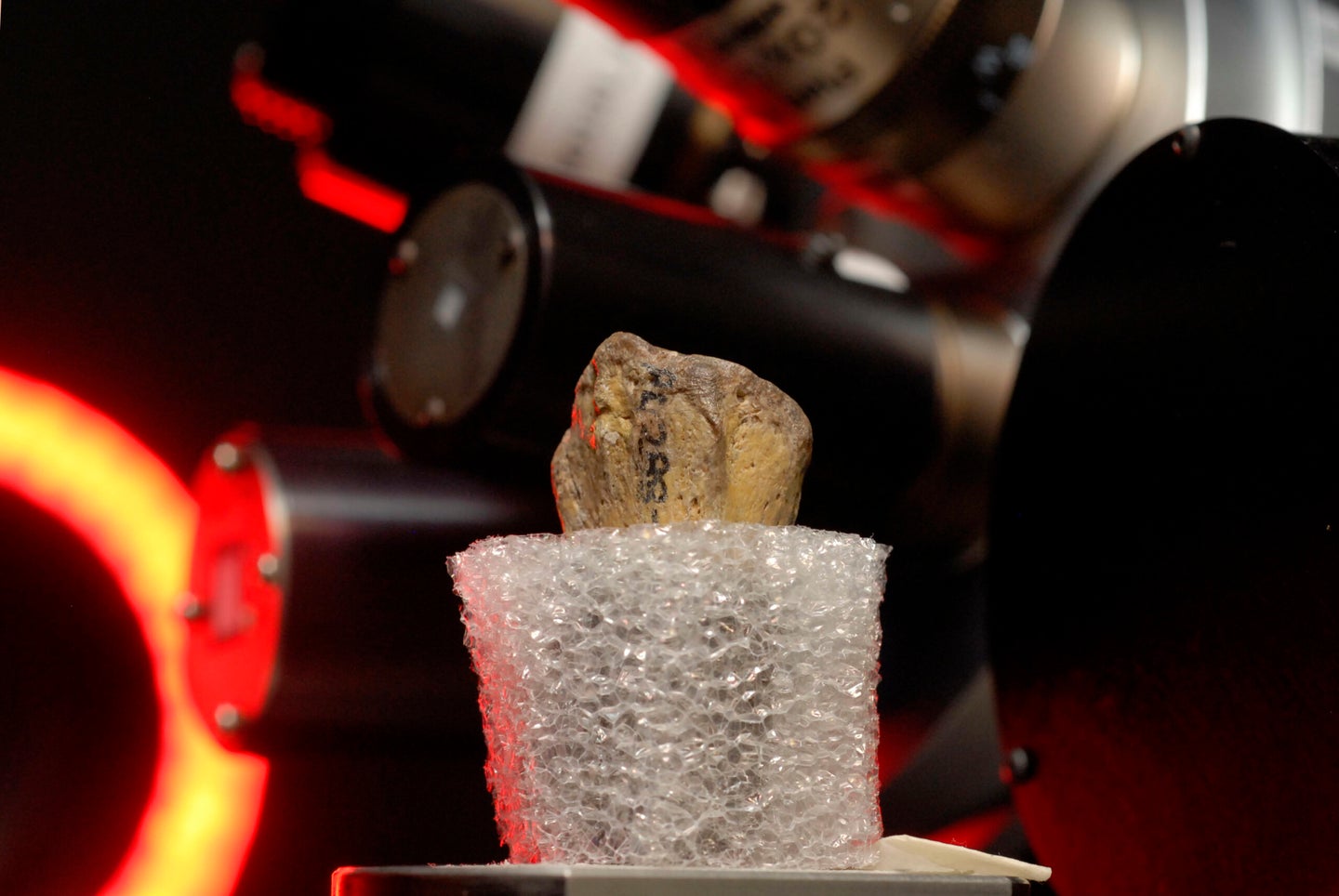 Lucy is the nickname of the fossilized remains of a female Australopithecus afarensis, one of the oldest hominins, or ancestors of modern humans. The 3.18 million-year-old fossil was discovered in 1974, and has been studied extensively ever since. One of the major questions about Lucy was how she and other members of her species spent their time; did they live on the ground, or in the trees?

Now, a study published today in Nature suggests that not only did Lucy spend some time in a tree, she probably died in a tree too.

By taking CT scans of the delicate fossil, researchers were able to study the fractures to the bones. Of course, after 3.18 million years in the ground, some broken bones are expected, but the researchers were able to identify some fractures that probably occurred at the time of death. There were no signs of healing to indicate that the 3-and-a-half foot tall Lucy might have survived the trauma of the multiple broken bones, including broken arm and shoulder bones, and fractures to her pelvis, ankle, knee, and rib.

Those fractures were consistent with a fall from a great height, the researchers say, hypothesizing that she fell from a height of 40 feet, hitting the ground at speeds of 35 miles per hour, putting out her arms to break her fall.

“When the extent of Lucy’s multiple injuries first came into focus, her image popped into my mind’s eye, and I felt a jump of empathy across time and space,” John Kappelman, lead author of the study said. “Lucy was no longer simply a box of bones but in death became a real individual: a small, broken body lying helpless at the bottom of a tree.”

Watch Kappleman describe how they came to the conclusion in the video below.