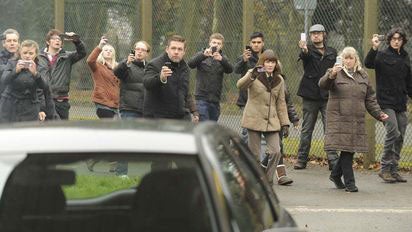 The dark techno-drama Black Mirror was an instant hit in the UK following its premiere on Channel 4 in 2011. But the cult dystopian show—which has been compared by many critics to a modern-day Twilight Zone with its acerbic and cutting commentary on voyeurism, technology, and societal norms—remained largely unknown in the U.S. until its first full two seasons came to Netflix in late 2014. From there, it quickly gained mainstream attention and praise, and the (brilliant) Christmas special starring Mad Men‘s Jon Hamm was especially well received by American entertainment critics.

Sadly, though, that Christmas special appeared to be the final episode. Details were scarce about the show’s return … until now. Netflix has confirmed the streaming channel has ordered twelve new episodes of Black Mirror, ending weeks of speculation that Netflix might potentially greenlight a third season.

The timing couldn’t have been better for both Netflix and Black Mirror. By sheer coincidence, earlier this week, an unauthorized biography of British Prime Minister David Cameron alleged that while at Oxford, Cameron, known to have participated in secret clubs like the Bullingdon Club and the Piers Gaveston Society (which are akin to Yale’s Skulls and Bones), purportedly performed a “sex act” with a pig. Black Mirror‘s premiere episode back in 2011 featured its own satirical plotline bearing an eerie resemblance to the actual #PigGate controversy, as the show’s co-creator Charlie Brooker recently acknowledged.