Learn to fly with BATS by Falynn Koch 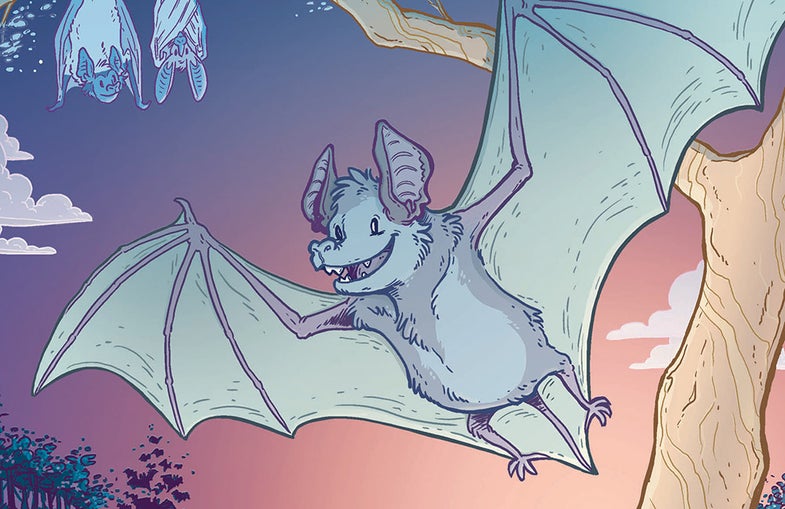 As winter gives way to spring and the days get longer, I often find myself sitting outside during the twilight hours enjoying the warm air. That’s when I see them: dark forms noiselessly flying up and down the path behind my apartment. At first glance they could be mistaken for birds, but then you catch their silhouette just right and realize: They’re bats.

You may recall this past August, I shared the news about a new series of comic books aimed to teach elementary-aged kids about the world around them. Released in volumes, Science Comics will allow readers to build a collection of educational graphic novels. Their latest volume, out in 2017 is titled Bats: Learning to Fly, and will introduce people of all ages to the adorable, oft misunderstood, mammals of the night skies.

Bats is drawn by Falynn Koch, a Philadelphia-area illustrator, storyteller, and former mac and cheese food truck owner. This is her first graphic novel with First Second Books.

Bats: Learning to Fly goes on sale next February. You can read more about the Science Comics series here.

[Edit: I previously referred to bats as flying rodents. While I used the term endearingly, it was a misnomer. Bats have their own order, Chiroptera, and have more in common with primates than rodents. Apologies for the error!]