Get your first look at the U.S.S. Discovery 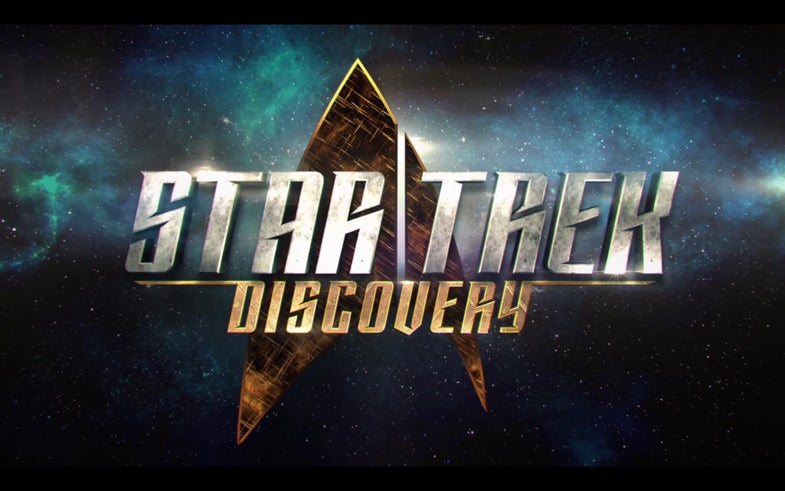 Showrunner Bryan Fuller announced earlier today that CBS’ new Star Trek series, which is due out in January 2017, will be called Star Trek: Discovery. The announcement came during the 50th anniversary Star Trek panel, which was moderated by Fuller. Fuller and CBS also gave fans their first look at the show’s ship, the U.S.S. Discovery.

It’s been two months since CBS gave us our first look at Star Trek: Discovery, which promises “New crews. New villains. New heroes. New worlds.” Several veterans of the Star Trek franchise were on the panel, and therefore in attendance for the announcement, including Star Trek: The Next Generation stars Brent Spiner and Michael Dorn, Star Trek: Voyager‘s Jeri Ryan, Scott Bakula of Star Trek: Enterprise, and William Shatner, who played “Captain James T. Kirk” on the original Star Trek series. It has not yet been announced which, if any, actors will reprise their Star Trek roles on Star Trek: Discovery.

Fuller promises the series will be “progressive” and “push boundaries.”