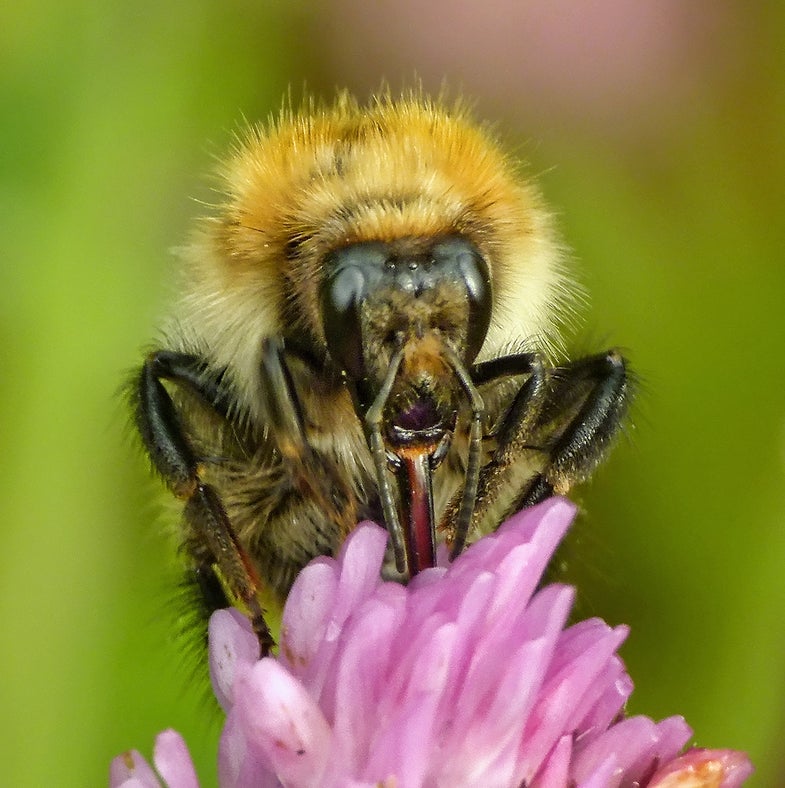 If drones are going to be effective fliers, they could stand to take a page from insects‘ book of tricks. Researchers at the University of Sheffield are now turning to honeybees to figure out how they manage to avoid running into things.

It’s generally known that bees estimate the angular velocity of the things around them as they fly. However, as far as is known, the bee brain only has the neural circuitry for determining the direction something is moving in, not the speed.

“This is the reason why bees are confused by windows–since they are transparent they generate hardly any optic flow as bees approach them,” lead investigator Professor James Marshall, said in a statement.

In the paper published in PLOS Computational Biology, the researchers propose a new computer model of how bees navigate and avoid crashes, with the idea that it could help autonomous robots do the same. The model makes assumptions based on bee behavior and neurological data, and you can watch it in action in the video below: