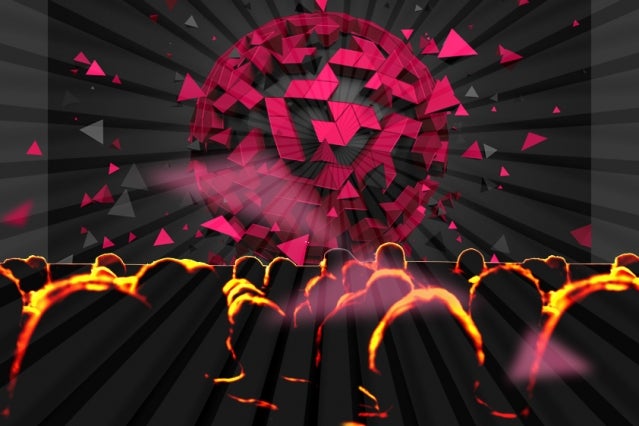 It’s summer blockbuster season, where there are ample choices of what movies to see and how to see them. Do you just go for the regular viewing experience, or spring for 3D? Or do you stay home and watch Netflix?

There are no right answers. But soon, the annoyance of wearing 3D glasses at the movies may not factor into your decision. (Unlike the price for a 3D movie ticket, which is likely to remain high.) Researchers at MIT’s Computer Science and Artificial Intelligence Lab (CSAIL) and Israel’s Weizmann Institute of Science are presenting a paper this week at the SIGGRAPH computer-graphics conference that shows a prototype for how to create a cinema-sized movie screen that won’t require patrons to wear those awful glasses.

Previous models for glasses-free 3D TVs had to cope with the fact that viewers might be watching the TV from anywhere in the room. While those glasses-free 3D TV’s do work, there’s a price for all that seating flexibility. Because the 3D image has to be generated for a large viewing angle, a lot of the clarity of the picture can get lost, and movie theaters are so large that the technology that works on TV’s or gaming devices or phones can’t really scale up. This new prototype, called Cinema 3D, takes advantage of the fact that in a movie theater, people are all generally sitting in fixed seats. This means that the researchers can tailor a set of images for each individual seat in the theater, creating a glasses-like effect without the glasses.

There’s still a long way to go before the technology comes to a theater near you. Right now, the screen is only about the size of a piece of paper, and requires over 50 mirrors and lenses. But the researchers hope the technology will grow.

“It remains to be seen whether the approach is financially feasible enough to scale up to a full-blown theater,” says co-author Wojciech Matusik. “But we are optimistic that this is an important next step in developing glasses-free 3D for large spaces like movie theaters and auditoriums.”