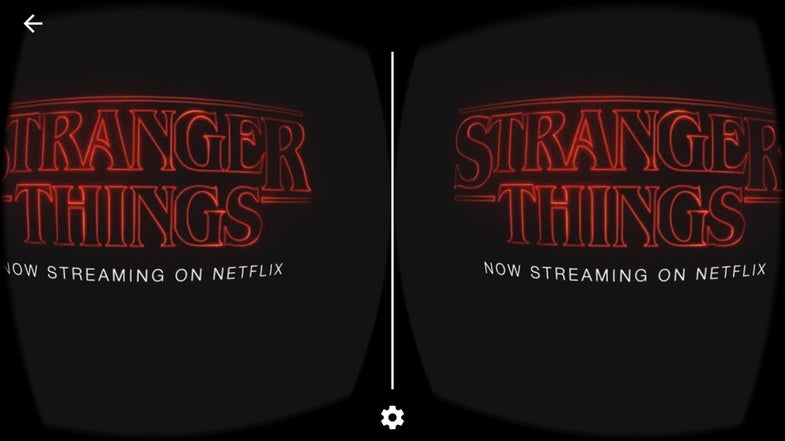 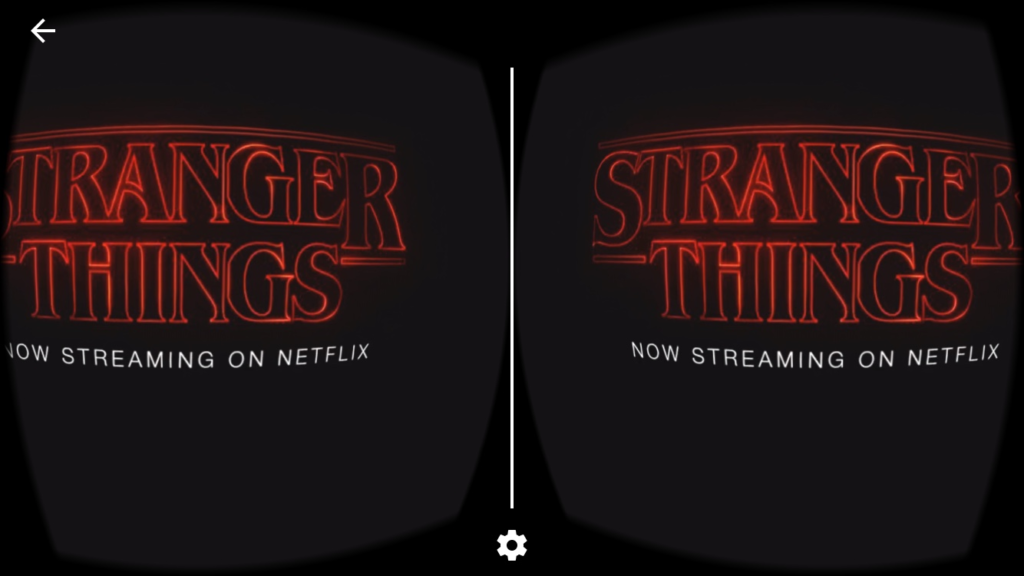 Get out your Google Cardboard, Netflix has some content for you.

Even the Stranger Things title looks sweet in virtual reality.

If you haven’t started watching Netflix’s Stranger Things yet, this new virtual reality trailer may be the tipping point to get you into the SciFi, 1980’s world of Hawkins, Indiana.

Aside from how awesome this trailer is, this is actually a huge step for Netflix. According to TechCrunch, this is the first time Netflix has produced and distributed its own VR content meant to promote a show using Google Cardboard and Gear VR. I don’t know if Netflix has attempted to create VR content internally before, but it seems like they’ve nailed it publicly with this one, and I really hope we get to see more VR storytelling from them.

Don’t make the same mistake that I did trying to play this video on a mobile browser, though. If you’re on a mobile device, the YouTube clip will play the entire 360º video in one frame on your browser, flattening the eery virtual world. You need to open the video in the YouTube app to make it so that you can watch this haunting promo. For an even wilder experience, grab your Google Cardboard headset to fully immerse yourself in the SciFi horror show.

If you’re on your computer, all you have to do is drag in the video to explore the inside of the Byers’ house.

Follow the flashlight and make sure you listen to the voices, especially near the end, to feel what it would be like to be in the creepy, thrilling world of Stranger Things.