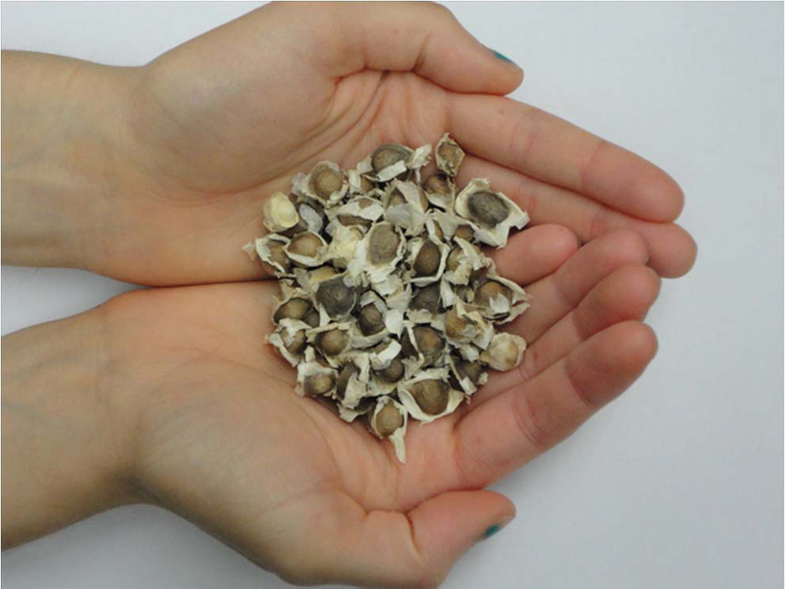 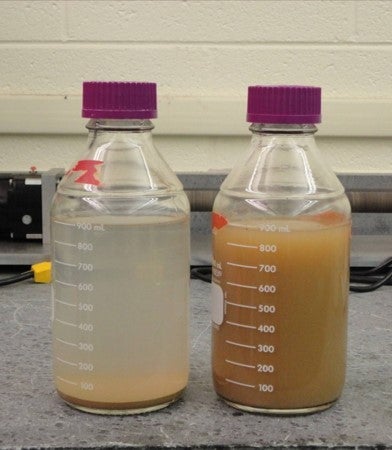 The bottle on the left has been treated with crushed seeds, which cause the bacteria to clump together and die.