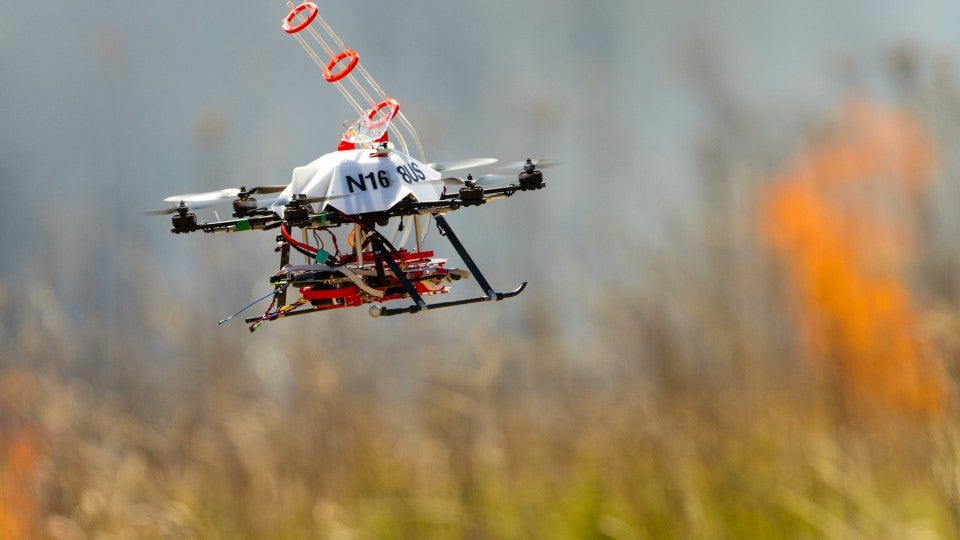 Nature surrounds itself in kindling and expects to burn. The North American plains benefit from periodic fires, and to maintain that balance, U.S. Forest Service regularly prescribes burns because they “reduce hazardous fuels, protecting human communities from extreme fires, minimize the spread of pest insects and disease, remove unwanted species that threaten species native to an ecosystem.” Setting those fires can be risky for humans, which is why a team at the University of Nebraska-Lincoln designed a drone to do the job.

We’ve seen the system in use before, as an early prototype. Built on the back of a commercial drone, the major innovation is the tube and release system for special fire-starting balls. The orbs are injected with liquid glycol as they’re dropped, and seconds later they catch fire.

In late April, the drone successfully burnt 26 acres of grass in a test at Homestead National Monument. The goal is to have a drone that can fit in a backpack, for firefighters to carry in and deploy in a troubled area. From University of Nebraska-Lincoln:

Watch a video of the test below.