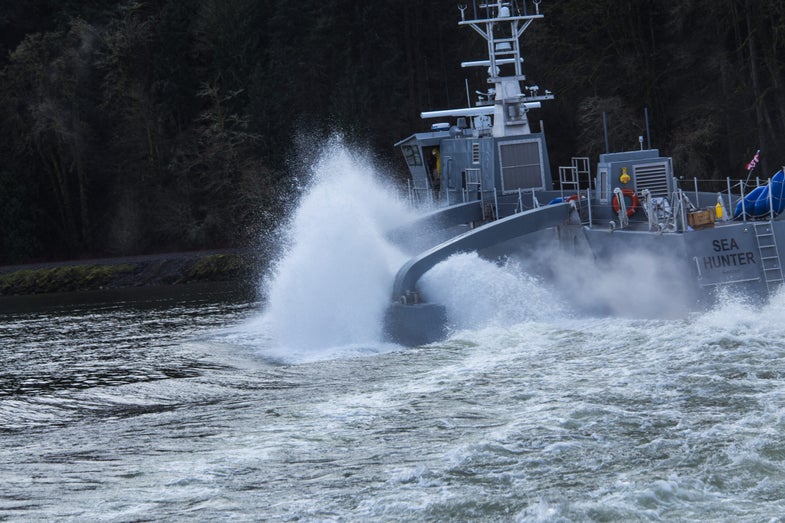 Unassuming gray paint hid the future as it lifelessly sailed to port. Designed by DARPA and the Office of Naval Research, the Sea Hunter is 130 feet of entirely uncrewed ship, and it’s now sailed down America’s Pacific coast.

Years in development, we first saw the Sea Hunter in early February, when it was the as-yet-unnamed “Antisubmarine warfare Continuous Trail Unmanned Vessel”, or ACTUV. In March, we saw preliminary sea tests. And on April 7th, DARPA Director Arati Prabhakar christened the vessel with nonalcoholic champagne.

On May 1st, the Sea Hunter arrived in San Diego. Over the next two years, the Navy will test the vessel, before moving on to build a full fleet of crewless, submarine-seeking ships. Watch it sail into the harbor below: