The Navy is preparing its railgun for future wars

This new weapon will fire projectiles at six times the speed of sound. 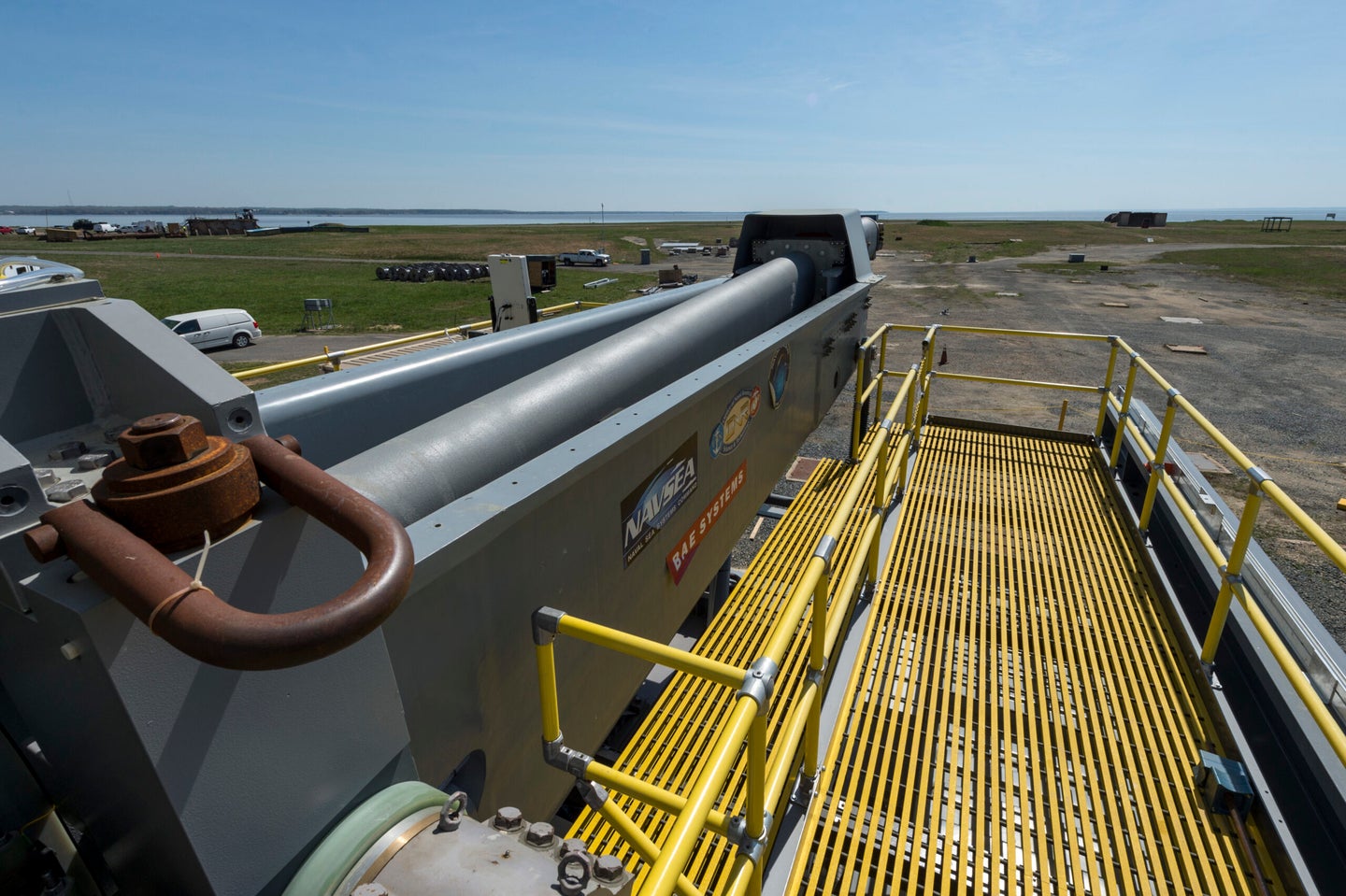 This summer, the Office of Naval Research is testing a railgun to see how rapidly it can fire. John F. Williams, U.S. Navy
SHARE

From the earliest cannons to the last battleships, the fundamentals of a naval gun have remained roughly the same: hurtle a heavy projectile through the air using gunpowder. But railguns are a clean break from that method, as they use a powerful electrical pulse to drag a projectile at high speed down a long track before shooting it at a target far away.

If successful, railguns could give naval guns new speed and reach, making big ship-borne guns relevant in a way that they haven’t been since aircraft carriers and the planes they launch eclipsed battleships in range and striking power. To that end, the Office of Naval Research is field-testing railguns to see if a cannon with no gunpowder can fire as rapidly as the Navy needs.

“The revolutionary railgun relies on a massive electrical pulse, rather than gunpowder or other chemical propellants, to launch projectiles at distances over 100 nautical miles–and at speeds that exceed Mach 6, or six times the speed of sound,” said the Office of Naval Research. “That velocity allows projectiles to rely on kinetic energy for maximum effect, and reduces the amount of high explosives needed on ships.”

How much electricity is something that the Navy is trying to determine, with a goal of firing multiple shots using 20 megajoules each by the end of summer 2017, and shots at 32 megajoules next year. At 20 megajoules, that means every shot fired takes roughly the same amount of electrical power as a refrigerator uses every 12 hours. Here’s what that looks like in practice:

For the railgun to meet the Navy’s needs, it has to do more than just fire powerful shots. It needs to fire multiple shots, within the space of a minute. The Navy is vague on how many shots a minute, but battleships of the past fired a round every 30 seconds, so it’s safe to assume the Navy wants at least that and almost certainly better, possible as many as six to ten times a minute. While after World War II, battleships fell out of favor in naval planning, more powerful weapons like this railgun could fulfill much of the same purpose, threatening other ships with sudden destruction and providing artillery support to Marines as they venture onto beaches.