NASA’s Juno Mission Has The Dopest Soundtrack In the Universe 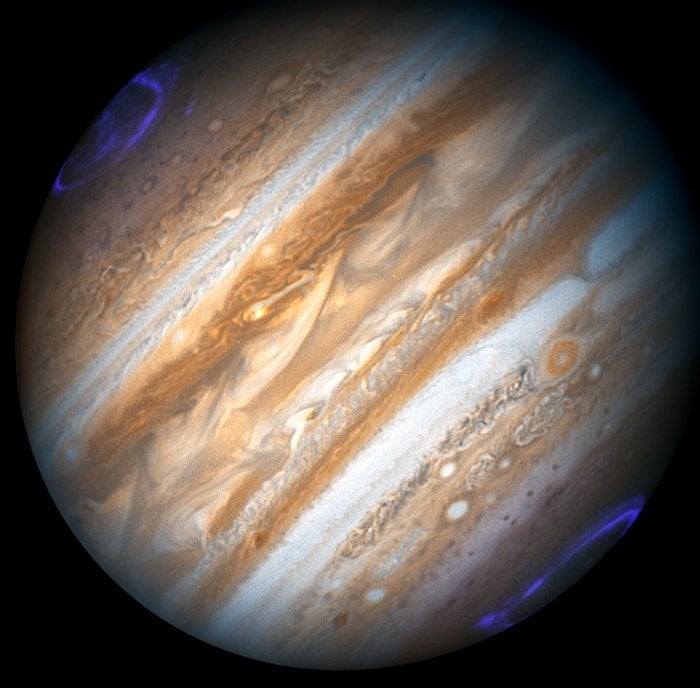 The auroras on Jupiter's poles were photographed by Hubble during the New Horizons flyby in 2007. NASA/ESA, The Hubble Heritage Team
SHARE

The Juno mission has a soundtrack, thanks to some geeky talents in the industry. Every alt dad’s favorite rock group Weezer, as well as Nine Inch Nails frontman Trent Renzor with collaborator Atticus Ross, have put together track for/commemorating NASA’s big July 4th flyby of our system’s biggest planet. Nerds. Listen to previews of the new songs below:

Why are rock stars contributing to a soundtrack? Mostly for fun. This mission has inspired laughs and smiles since the day it was conceived (in addition to the very important and awesome science that it is engaged in). See this well-traveled, unofficial explainer for one example.

While we’re thrilled NASA is promoting the idea of mission soundtracks now, there’s one great artist who wasn’t able to contribute anything to this landmark mission: the one that started the whole “space is cool” musical phenomenon in the 1960s. We’ll let him play us out: