To Keep Bugs Off Airplane Wings, NASA Is Trying Out Anti-Stick Coatings

Houston, we have a problem 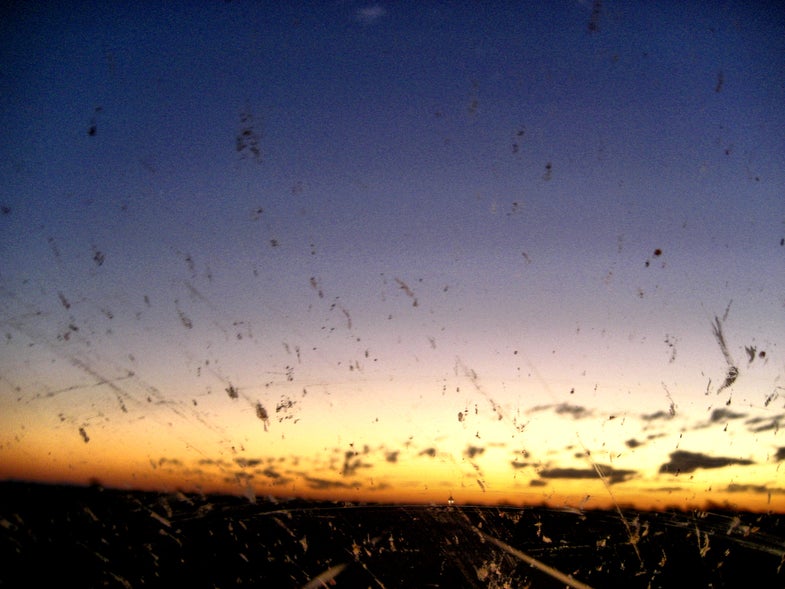 NASA has a bug problem. While cars on long road trips might suffer from bug guts on the windshield, bugs also splatter on aircraft wings during flight. This can interrupt the flow of air over the wings, increasing drag and making the flight less efficient.

In order to counteract this bug carcass problem, NASA teamed up with Boeing to create coatings that enable splattered bug guts to sail off into the sky, keeping planes flying at peak efficiency.

This spring, NASA will test the new technology on a specially outfitted plane, with different coatings attached to the wings. The research, which has been going on for years, has narrowed the coatings down to five final non-stick candidates. They haven’t mentioned exactly what the final product will be, but all the coatings will have to have some very specific characteristics. They have to repel sticky bug guts in addition to the water content of the bug. The ideal coating will also have to last for a long time and be easy to apply to airplane wings. 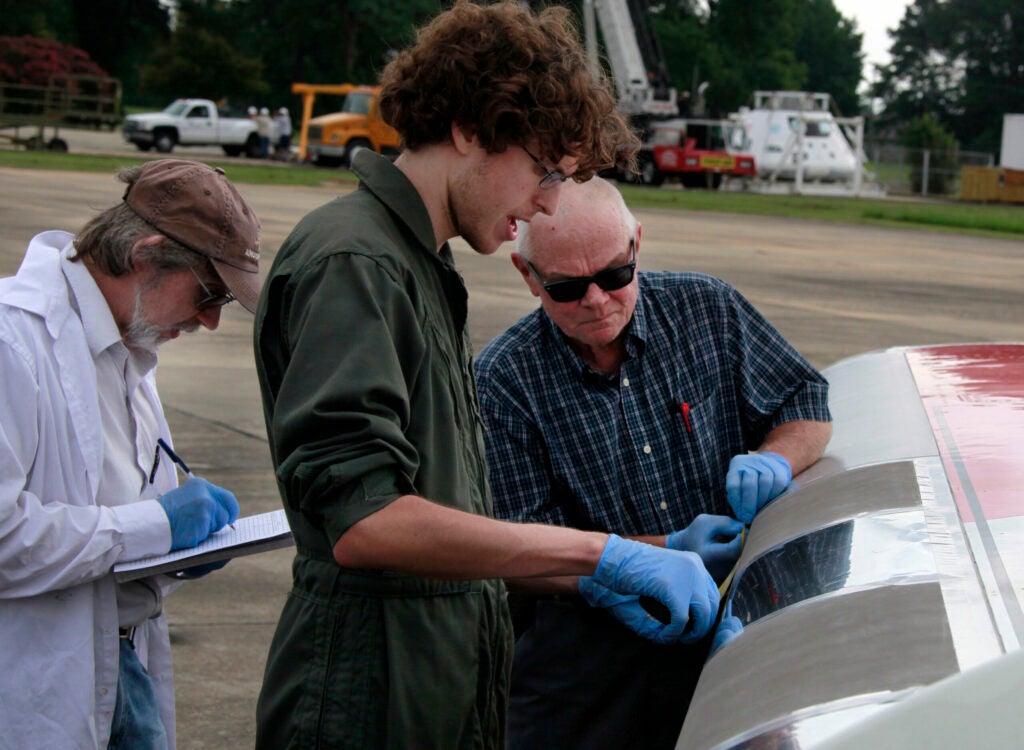 Researchers working with preliminary versions of the non-stick coating.

These tests, to be conducted in bug-prone Shreveport, Louisiana, are a follow up to initial laboratory experiments, when scientists fired bugs at the non-stick coatings while in a wind tunnel. It’s an unconventional approach, but the scientists hope that by solving this messy issue, they can help cut costs. The smoother the flight, and the less drag on the plane, the less fuel used by the aircraft.

“Solutions to reduce fuel use by one or two percent may not sound like much,” said Fay Collier, head of the project, in a statement. “But shaving aircraft fuel consumption even a few percentage points can save millions of dollars and help protect the environment from harmful emissions.”