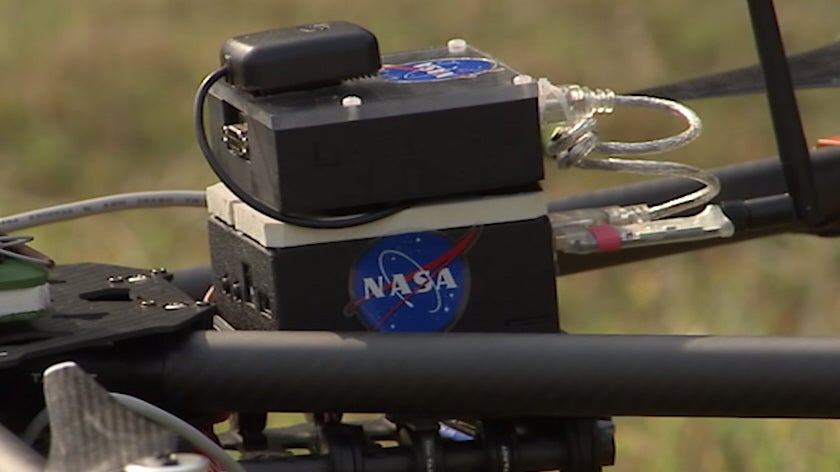 Losing a drone can get a person in a lot of trouble. Just ask Shawn Usman, who was flying a drone from his downtown DC apartment on January 26th, when suddenly the drone took off and crashed onto the White House lawn. While in Usman’s case, the Secret Service chose not to press charges, not everyone who loses their drone is so lucky. To stop errant machines, NASA’s created a tool that could help future pilots keep their drones nearby. It’s a special box that plugs into the drone, and when it works, the drones crash.

Dubbed Safeguard, it’s a virtual safety net. Users set parameters for a drone, and the machine checks those parameters to make sure it’s flying where it should be. If it ventures to the edge of the boundary, it’s supposed to fly back, and if it doesn’t do that, the safety net sends the drone crashing to the ground before it crosses into a “no-fly-zone”.

Other boundary limitation tools for drones, like geofencing, rely on GPS signals hooked up to the drone’s autopilot. They work fine most of the time, so long as the GPS signal is strong and the autopilot doesn’t act up. When it does, a system that relies on both to keep the drone from wandering away is in trouble, so Safeguard instead doesn’t rely on them. Instead, NASA vaguely says it relies on “rigorous mathematics and works independently of the onboard autopilot.” So even if the GPS or the autopilot on the drone fails, the Safeguard can stop the robot from wandering, saving it (and its pilot) the embarrassment of crashing on the White House lawn.