Humanoid programmers get a shot at the stars 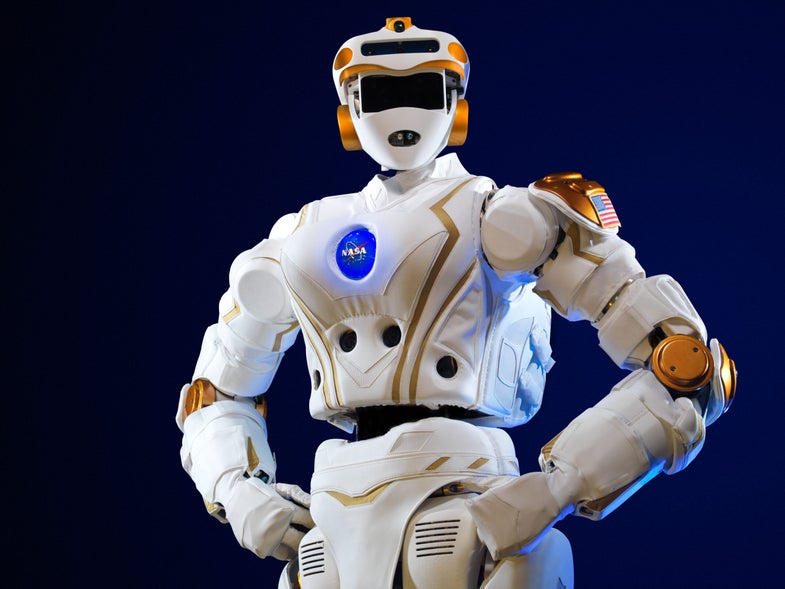 NASA announced a contest this week to find a programmer for its six foot, 300-pound humanoid robot. Whoever can program the robot, called Robonaut 5, to perform damage control after a Martian dust storm that has damaged a habitat will get $1 million. The robot must be programmed to complete three objectives: Align a communications dish, repair a solar array, and fix a leak in the hab. NASA
SHARE

This week, NASA announced the start of the Space Robotics Challenge, a $1 million contest to program a virtual robot.

Competing teams will be tasked with programming Robonaut 5, a humanoid robot, how to perform damage control after a Martian dust storm that has damaged a habitat. As part of this, they’ll need to use the robot to complete three objectives: align a communications dish, repair a solar array, and fix a leak in the hab.

Registration is open now, with the final round of competition held in June 2017.

Robonaut also goes by the name Valkyrie at MIT, which we first met in 2013 as a DARPA challenge entrant. The fully electric humanoid robot may someday go ahead of humans to Mars, to set up habitats and infrastructure. It could also be used for disaster relief industrial maintenance here on Earth. It sports more than 200 individual sensors, 28 torque-controlled joints and four cameras. Dexterity and precision of these working in concert will be key for the teams taking on the challenge.

In Norse mythology, valkyries carry out Odin’s will to usher slain warriors into a glorious afterlife. Does that make the Martian surface Valhalla? At any rate, hopefully whoever wins remembers to sneak in an American legend and code a hearty “Danger, Will Robinson!” into their programming.