Their STEREO is working again! 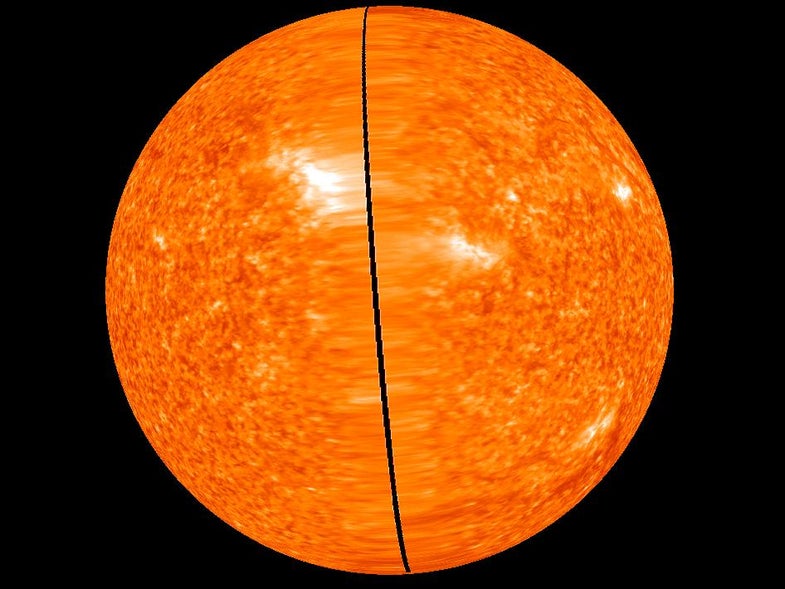 The sunspot reincarnation theory mentioned earlier might be a triumph of computer models, but a fleet of sun-observing spacecraft will be able to prove it right or wrong. Solar flares and coronal mass ejections (CMEs) are the holy grail of sun research — scientists want to be able to predict when they'll happen, but central to that ability is a deeper understanding of how they are produced. NASA's Solar Dynamics Observatory will help scientists study the life cycle of the sun's magnetic field, which will explain the genesis of flares and CMEs, said Dean Pesnell, project scientist for SDO. "Solar flares are times when the sun has taken the magnetic field and converted it into heat. A CME is when the sun takes the magnetic field and just throws it away," he said. "What causes the flare must be something where the magnetic field is there, it's happy, and then it gets pushed up too much, and crinkled up too much, and it turns into heat. The final part that cannot do that is thrown off as a CME. We'd like to study all of that." SDO, which started collecting data in May 2010 after launching last February, can peer inside like an x-ray machine, measuring the motions of that great conveyor belt. Several companion spacecraft are also providing new observations. STEREO is sending 3-D movies of the sun in action, according to Joe Gurman, project scientist. STEREO is actually a pair of spacecraft orbiting the sun 180 degrees apart. They form right angles to the Earth-sun line, and their combined observations give a 360 degree view of the sun for the first time, Gurman said. "You are seeing some events that we couldn't see with any other spacecraft," he said. "Now that STEREO has 360 degree view, there is no part of the heliosphere that we won't have situational awareness in." That, too, is useful for studying flares and CMEs — as well as providing some stunning 3-D video of our star. You can even get it on your iPhone. Both SDO and STEREO, along with existing observatories like Hinode, will likely start answering some questions about the nature of flares and CMEs — but the next generation of solar probes will go even further. NASA/STEREO
SHARE

After nearly two years, NASA has re-established contact with the other partner of a two-craft mission to study the sun.

Engineers lost contact with one of the two STEREO (Solar and Terrestrial Relations Observatory) craft back in October of 2014. The vessels are on opposite sides of the sun as part of an ongoing mission to learn more about the relationship between the earth and sun.

STEREO-B, which is 189-million miles away and on the other side of the sun, has a lot of tests to run through to see what went wrong, whether it’s still functional, and plenty more. But hearing from it is a great start.