Just in case you get lost in the Asteroid Belt 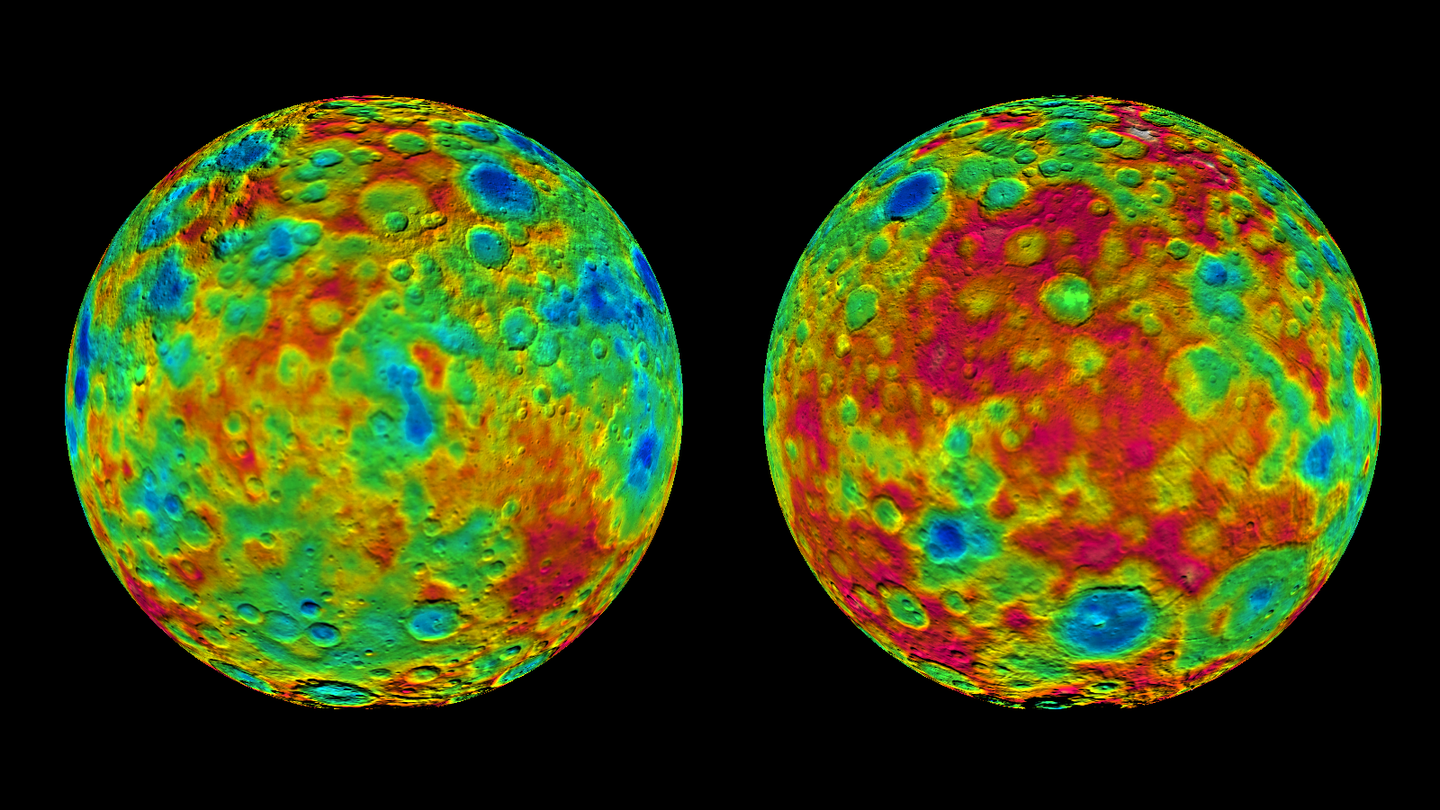 Pluto may have won our hearts this month, but it’s not the only dwarf planet in the solar system. NASA is also exploring Ceres, the largest rock in the Asteroid Belt between Mars and Jupiter, and today the Dawn mission released a brand new map of the small world’s craters and mountains.

Ceres has a similar history to the object that was formerly known as our ninth planet. When it was discovered in 1801, scientists thought Ceres was a planet. And they considered it a planet for about 50 years, until they resolved that it’s merely one big rock in the midst of a belt of asteroids. Both worlds orbit the sun and are large enough to be round, but they have too many neighbors to be considered planets. They are therefore classified as dwarf planets—although Ceres is also classified as a large asteroid.

Luckily, 2015 is the (completely unofficial) Year Of The Dwarf Planets. In March, the Dawn spacecraft went into orbit around Ceres and started sending back some pretty incredible imagery, and revealing some mind-boggling, shiny spots of unknown origin. 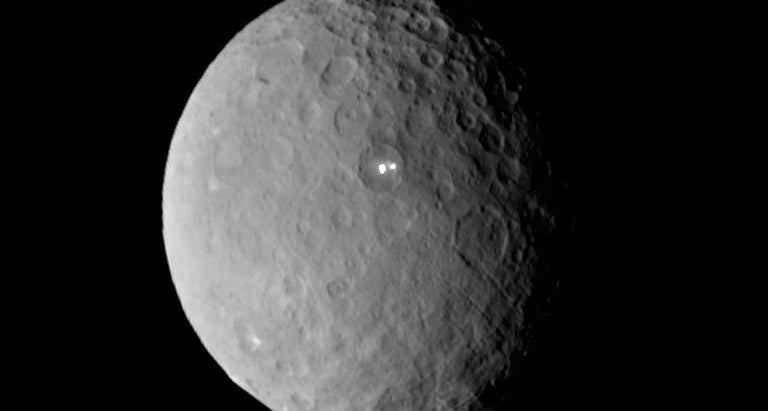 In new maps just released today, the crater that contains those mysterious spots has officially been named. “Occator” is 60 miles wide and 2 miles deep, and it’s named after the Roman agricultural deity of harrowing. (Though “harrowing” here refers to a method of leveling soil, its other meaning, “disturbing”, also seems fitting.)

All of the features on the dwarf planet’s surface have names that suit Ceres’ namesake, the Roman goddess of agriculture. Other names include Haulani, after the Hawaiian plant goddess, and Dantu, named after the Ghanaian god associated with planting corn. The names have been approved by the International Astronomical Union.

The maps show that Ceres has a diverse topology, with an elevation of about 9 miles separating its highest point from its lowest. Its crust appears to be ice-rich.

Higher resolution maps will come as as Dawn moves from its orbit of 2,700 miles to an altitude of 910 miles in August. 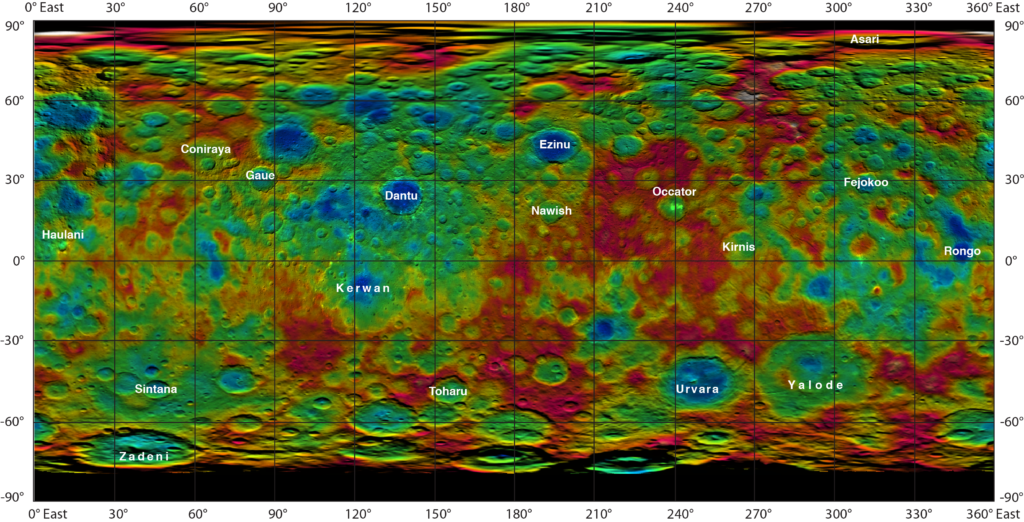 Ceres Gets Some Names

Ceres is named after the Roman goddess of agriculture, so the names of Ceres’ craters and peaks come from agricultural mythologies from around the world.
Space
maps