NASA Is Helping Clean Up The California Oil Spill From May

Now we can see pollution from the sky 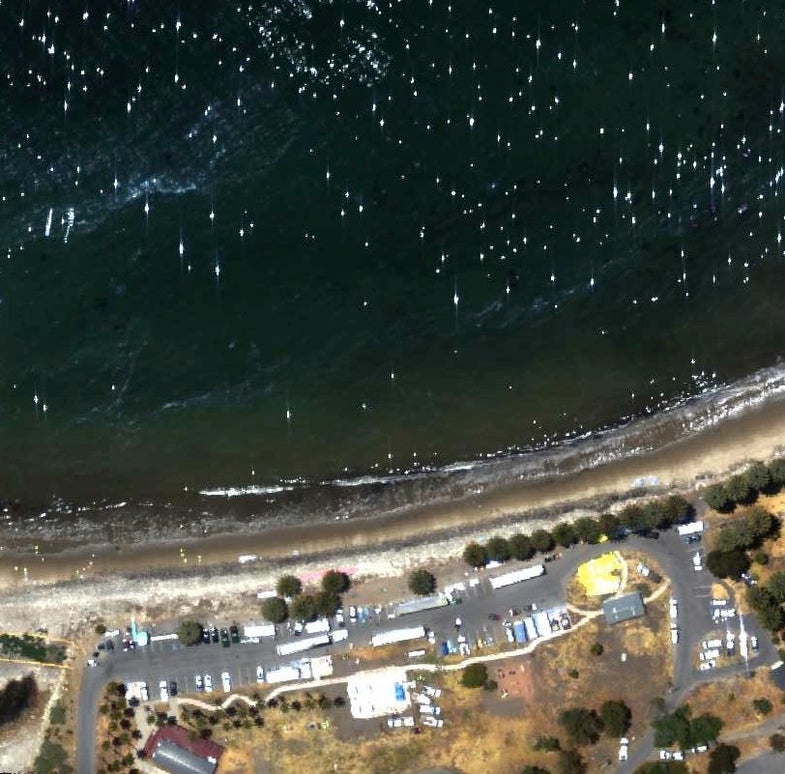 Santa Barbara is still cleaning up the oil spilled onto its beaches in May, and it’s getting help from a surprising source.

NASA, more known for its off-world endeavors, is helping to track the oil spill from the sky, using a plane equipped with the Next-Generation Airborne Visible/Infrared Imaging Spectrometer (also known as ARVISng). The first generation ARVIS was used to track oil in the Gulf of Mexico after the Deepwater Horizon disaster that spilled over 125 million gallons of oil into the water.

The amount of oil released in the Santa Barbara spill — caused by a broken Plains All American pipeline near the coast — is much lower (over 100,000 gallons), but is still significant. Experts estimate that the cleanup will cost $69 million. But in order to clean up the oil, you have to know where it is. That’s where ARVISng comes in.

Oil can be difficult to see on water and even on beaches, where it can seep into the sand. But ARVISng is a spectrometer, an instrument that measures tiny differences in light is absorbed or reflected off objects or materials. By taking measurements of tar balls (nasty accumulations of oil) on the beach, researchers were able to get a baseline reading that they could use to look for oil from the plane, using the ARVISng instrument.

The researchers hope that methods like this could help responders working on other oil spills in the future. With oil production expanding into sensitive areas like the Arctic ocean, we’ll need every tool we’ve got.