NASA Is Putting SpaceX’s Crew Dragon Through The Wringer

Making sure the capsule performs well under pressure 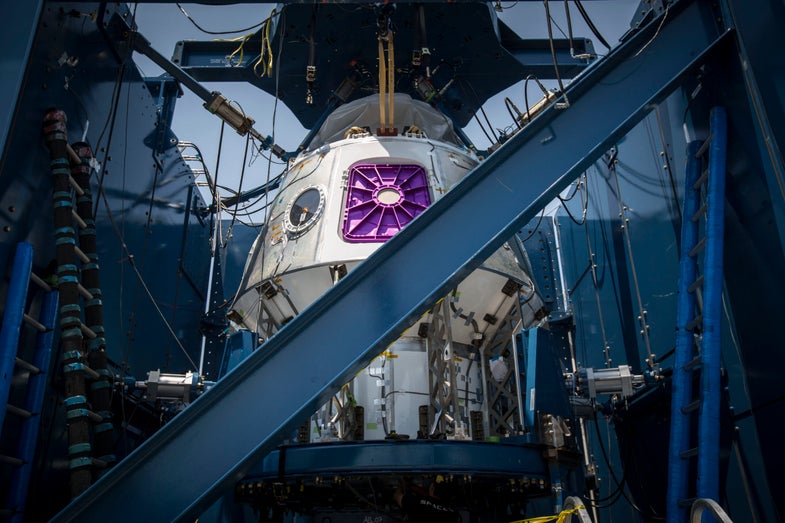 If one day people will be aboard SpaceX's Crew Dragon capsule, NASA needs to know that they'll be safe. The structure sits in a fixture meant to stress its structure, focusing on the pressure the vessel can withstand. Read more about it here. SpaceX
SHARE

In a spacecraft that’s built to carry humans, the “pressure vessel” is the part of the structure the astronauts inhabit on their way to the International Space Station. The pressure vessel keeps air in and the vacuum of space out, and maintains a pressure that’s friendly to Earthlings. Basically its job is to keep them alive despite the hazards of spaceflight. So, you know, no pressure.

All of that means the pressure vessel has to be vigorously tested on a brand new spacecraft like SpaceX’s Crew Dragon. The Crew Dragon is shaping up to be the first privately owned vehicle to carry astronauts to the space station next year or in 2018.

In the photo above, NASA has an unfinished Crew Dragon capsule sitting in a fixture that’s meant to stress (torture?) the structure.

Another kind of pressure test, which NASA’s Orion capsule recently underwent, overfills the capsule with air, exposing any weaknesses in the pressure vessel structure as it expands.