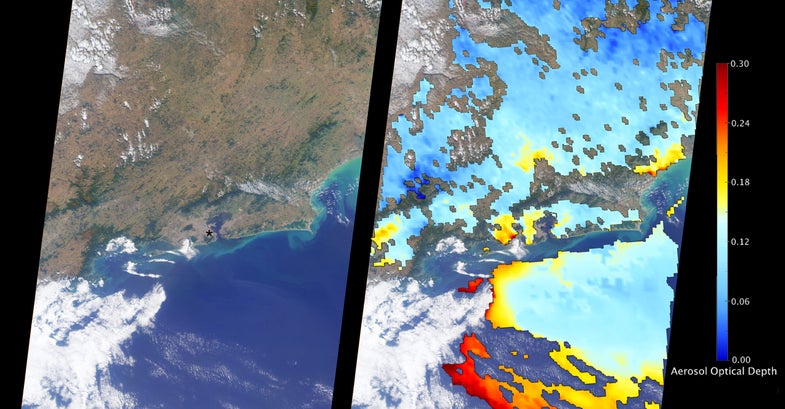 There’s a lot at the Olympics to take your breath away. The amazing opening ceremonies, the athletics, the green pool(s). Now we can add another item to the list: Air pollution.

The image above was taken by the Multi-angle Imaging SpectroRadiometer (MISR) instrument aboard NASA’s Terra satellite on August 2. It shows the elevated levels of air pollution in Rio de Janeiro, which has been plagued with criticism over dirty water in its waterways, and the presence of Zika in its mosquitos.

To be clear, the pollution imaged by MISR in Rio is nowhere near the level of smog in China where air pollution can reach dangerous levels in cities like Beijing. It’s more of a light haze than anything else. But the image does show off the capabilities of MISR. Researchers plan on making images like this one, taken from the instrument available to the public in the near future for locations all over the world.