NASA Burritos, Dying White Blood Cells, And Other Amazing Images Of The Week

Plus, an ant’s shiny coat keeps it cool 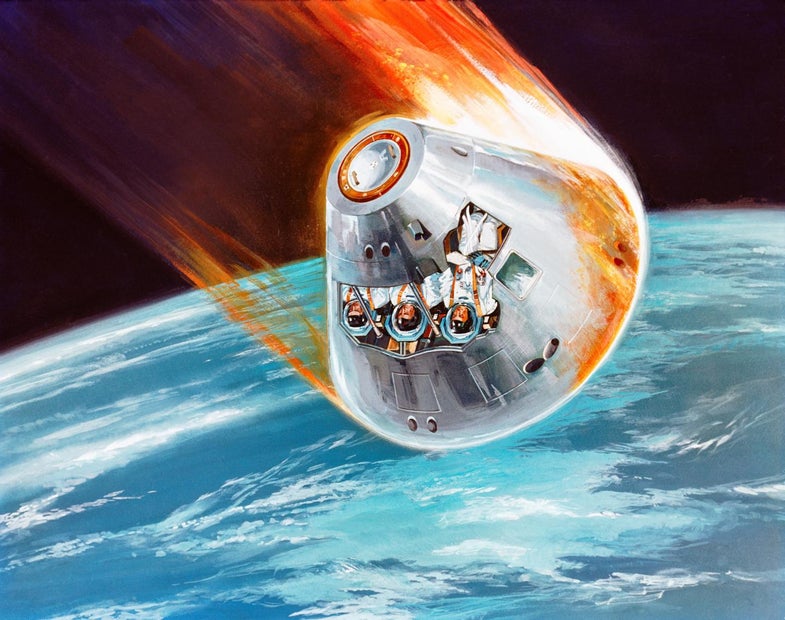 Spacecraft reentering the atmosphere travel so fast — at five or more times the speed of sound — that a plasma sheath of hot, ionized air forms around them that can cut off all communications. (Those terrifying moments at the end of the movie Apollo 13 were because of a plasma sheath, which actually cut off communication for a minute longer than expected in real life). Scientists from China's Harbin Institute of Technology have devised a new antenna that would work with the plasma sheath, rather than against it, to get electromagnetic waves through the vehicle at the right frequencies. Their hypothetical antenna could be used in other hypersonic vehicles, too, like super-fast military planes and ballistic missiles. NASA
SHARE 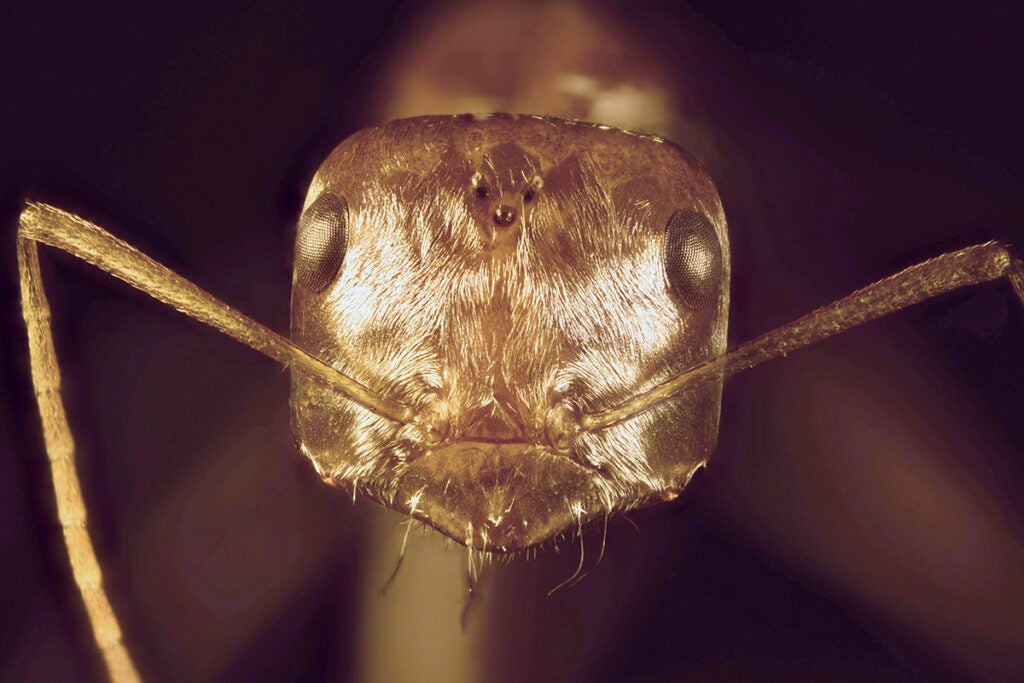 The Saharan silver ant (Cataglyphis bombycina) can forage for food on sand that reach temperatures of 70°C (158°F) because its shiny coat keeps it cool. Engineers at Columbia University discovered tiny, triangular hairs on the ant’s back that reflect visual and near-infrared light. But the silver ant’s belly is free of hairs, they found. This makes sense since reflecting heat and light from the sand underneath them would just make the ants hotter. These hairs could be replicated to self-cool any number of surfaces, from solar panels to rooftops. 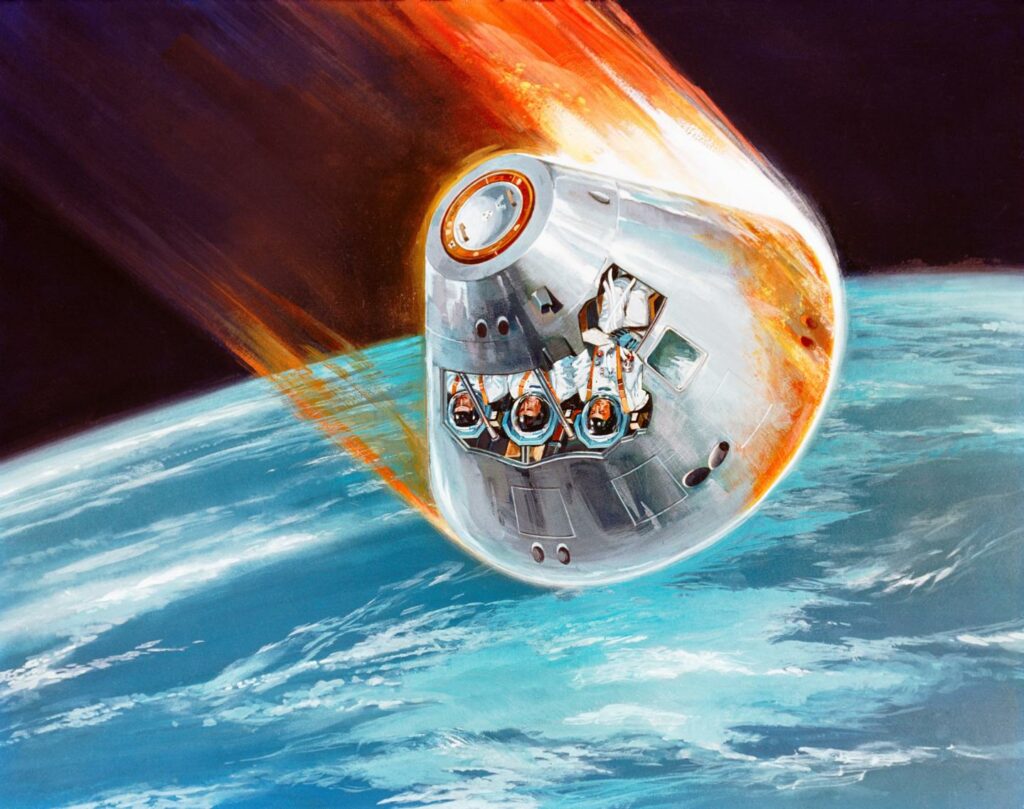 Spacecraft reentering the atmosphere travel so fast — at five or more times the speed of sound — that a plasma sheath of hot, ionized air forms around them that can cut off all communications. (Those terrifying moments at the end of the movie Apollo 13 were because of a plasma sheath, which actually cut off communication for a minute longer than expected in real life). Scientists from China’s Harbin Institute of Technology have devised a new antenna that would work with the plasma sheath, rather than against it, to get electromagnetic waves through the vehicle at the right frequencies. Their hypothetical antenna could be used in other hypersonic vehicles, too, like super-fast military planes and ballistic missiles. 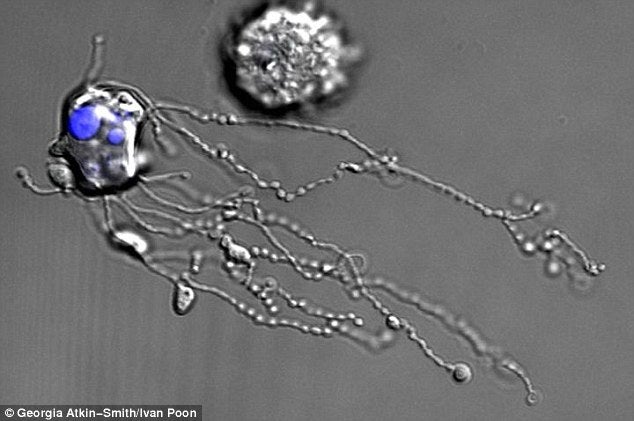 For the first time, researchers captured a white blood cell dying on video. Normally, a cell has died by the time they can image it. Researchers from the University of Melbourne and the University of Virginia were studying necklace-like structures that white blood cells form during apoptosis, or programmed cell death. “So when the cell starts to die, it forms these lumps which push outwards and when the cell then explodes, it shoots out long ‘beaded’ protrusions which look like a necklace, which then breaks apart into individual ‘beads’,” lead author Georgia Atkin-Smith told The Guardian. Surrounding cells can engulf these beads, which the researchers think can signal that something’s wrong. 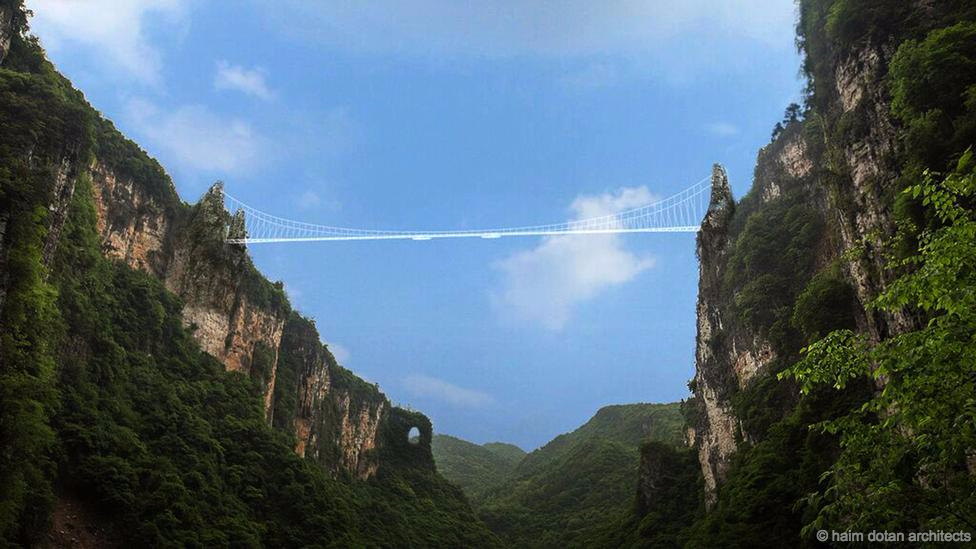 Hope you’re not afraid of heights

This glass-bottomed bridge being constructed over the Zhangjiajie Grand Canyon in China isn’t for the faint of heart. It will allow pedestrians to feel like they’re floating 300 m (984 ft.) above the canyon floor, making it the world’s longest and tallest glass bridge. Steel beams will support the bridge so it can withstand the weight of 800 visitors at once (whether that many people would fit on the bridge’s 380 m/1,247 ft. stretch is another question). After it opens to visitors in October, the bridge will also offer the highest bungee jump in the world, probably making it the most adventurous bridge, too. 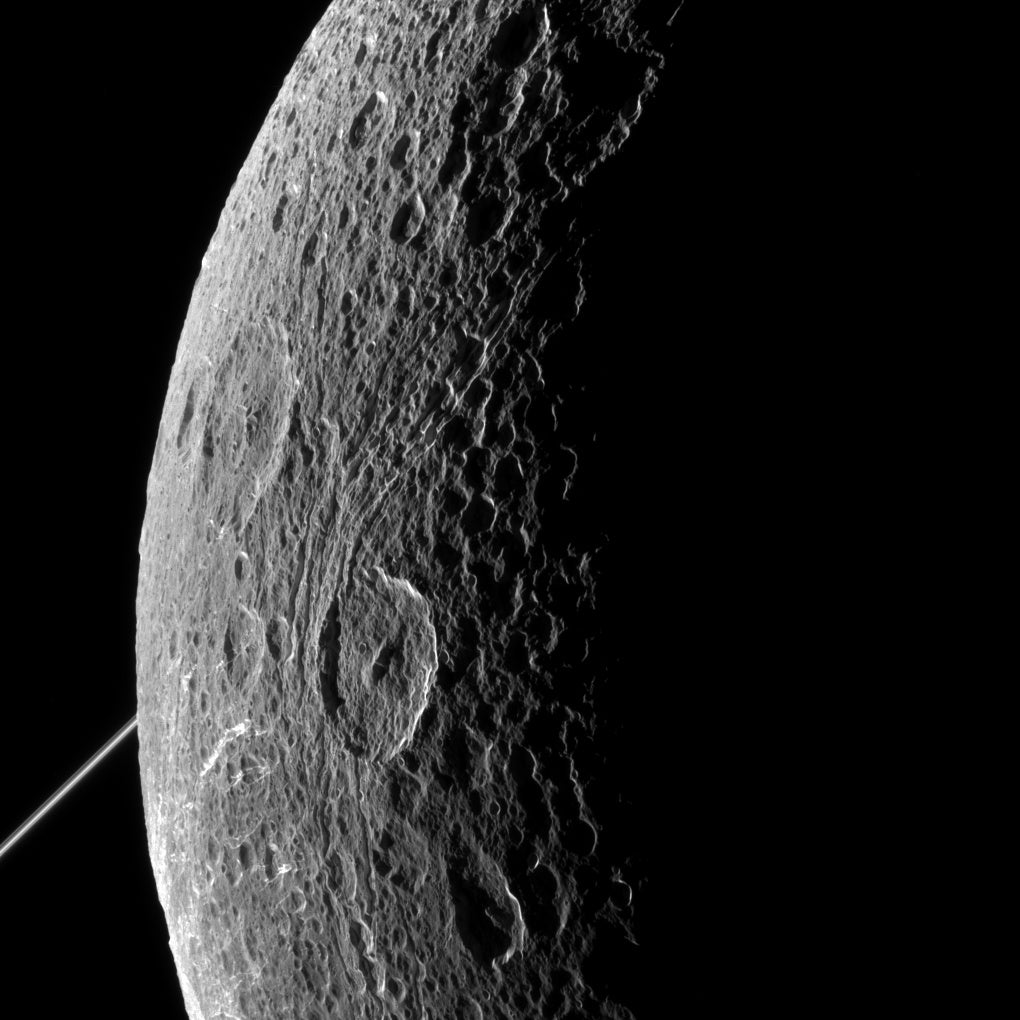 NASA’s Cassini spacecraft captured this stunning image of Saturn’s moon Dione on June 16. Dione orbits Saturn about every 2.7 days at approximately the distance that the moon orbits Earth. You can see a slice of Saturn’s rings peeking out of the left side of Dione in this photo. The view in this image was taken at about 48,000 miles from Dione, though Cassini got within 321 miles of the moon’s surface. Dione was actually discovered all the way back in 1684 by Giovanni Cassini. He didn’t have this good of a view, though. 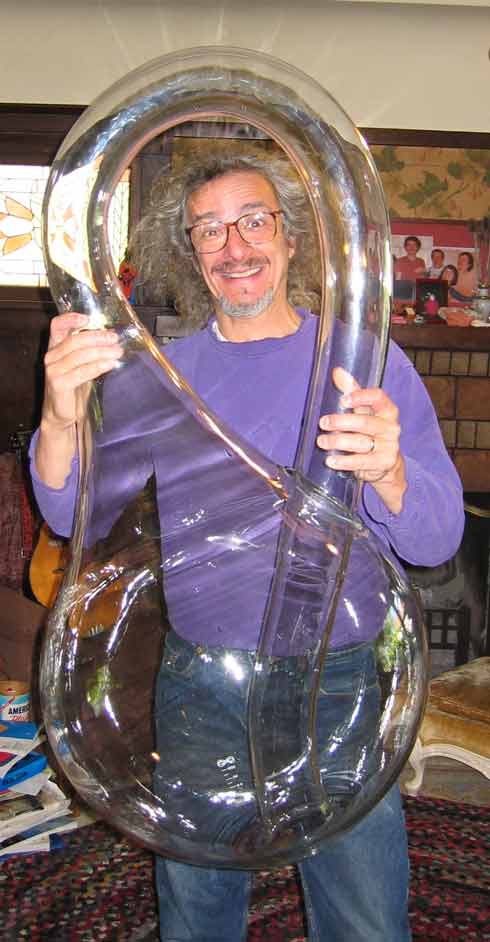 For non-mathematicians, the world’s largest Klein bottle is just a really cool feat in giant glass blowing. But the math of it, though seemingly contradictory at first, is even cooler. Since the entire surface is devoid of edges, it’s technically one-sided. Its outside is its inside. If your brain hasn’t blown up trying to figure this out, enjoy how excited creator Cliff Stoll is of his 15 kg (35 lb.) mathematical marvel. 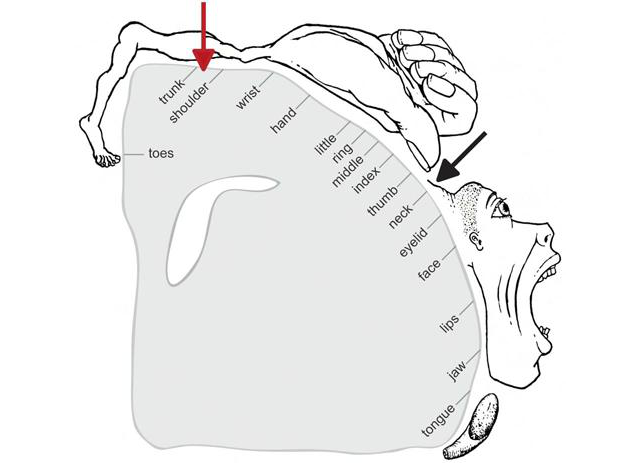 This map of how the brain thinks of the body, called the homunculus, has been around since the 1940s. In a series of experiments where he shocked epilepsy patients with electricity, Canadian neurosurgeon Wilder Penfield figured out how the brain’s primary motor cortex corresponds to different parts of the body. The primary motor cortex controls the neurons that tell which body parts to move, so knowing what parts of it control which areas of the body can inform treatment for movement disorders. In a new study, researchers at Emory University used fMRI data to relocate the neck area on the homunculus (to where the red arrow is on this image), which could help patients with cervical dystonia or head tremors. 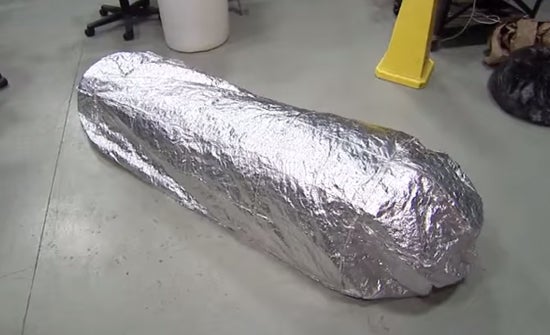 While tinfoil keeps your delicious Chipotle burrito warm, these heat-resistant blankets could keep firefighters cool. NASA has spent millions of dollars on its heat shield technology to protect spacecraft from burning up on reentry, and it’s now partnering with the U.S. Department of Agriculture’s Forest Service to develop a human version. You can watch a man at NASA’s Langley Research Center in Hampton, Virginia get into one here. It seriously looks like a burrito, though, right? 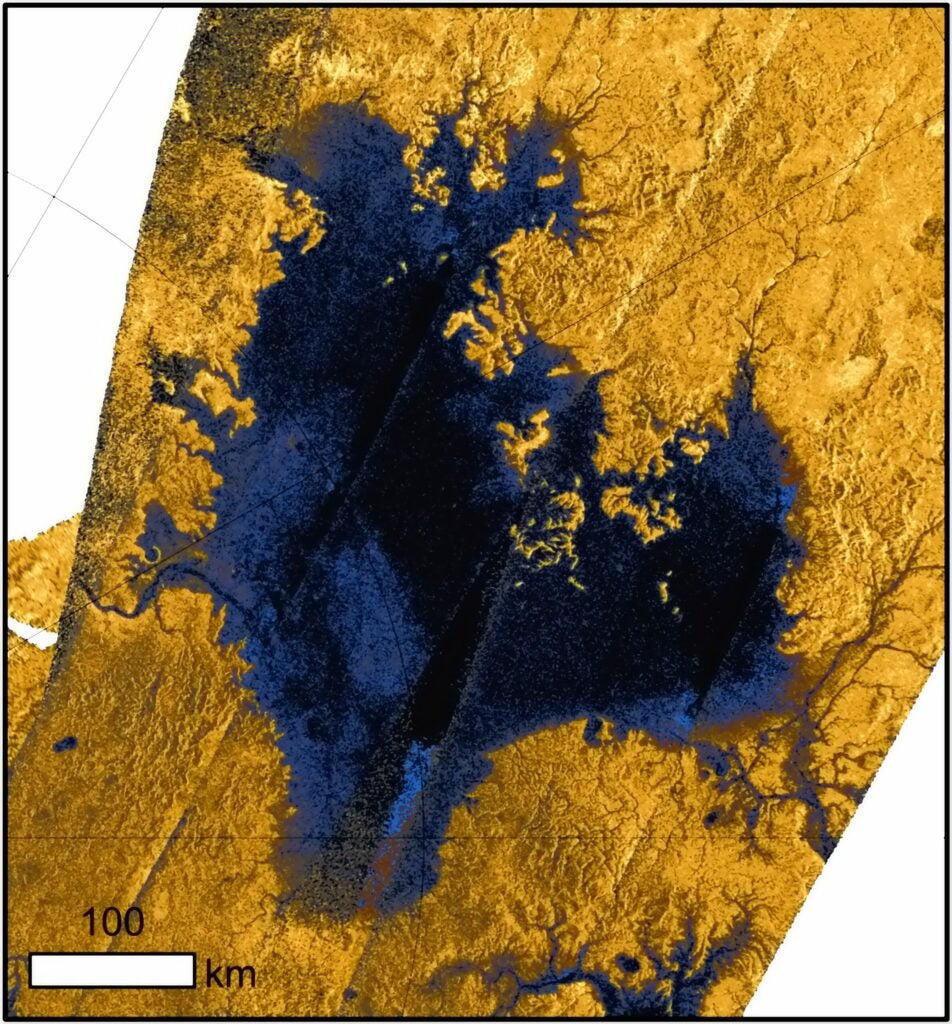 The hydrocarbon lakes on Saturn’s moon Titan could have been formed in the same way that sinkholes form on Earth. A team led by Thomas Cornet from the European Space Agency observed that these lakebeds resemble landforms of soluble rocks on Earth that erode as groundwater passes through them and can lead to sinkholes. This radar image shows Titan’s second-largest hydrocarbon lake, Ligeia Mare, which is about 420 km by 350 km (261 by 217 miles). The scientists calculated these depressions formed over the course of 50 million to 375 million years depending on the latitude they were at. 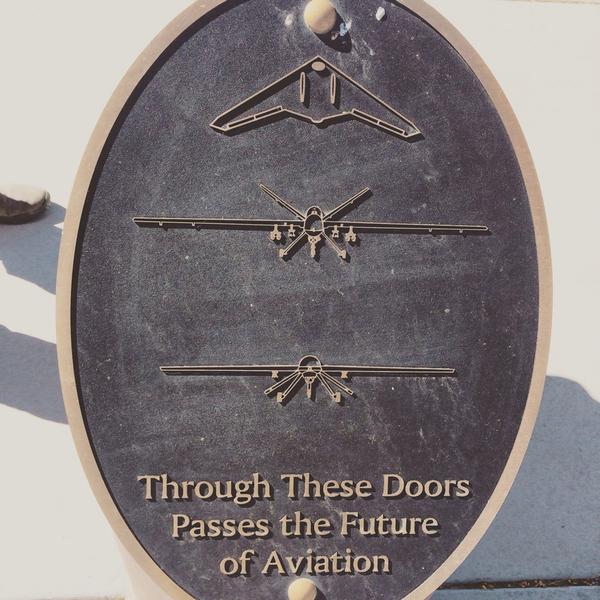 This plaque highlighting drones as aviation’s obvious future resides outside the Creech Air Force Base in Nevada. Creech has transformed from a tent city that was hastily erected right after Pearl Harbor to the home base of U.S. drone missions today. The base’s two main drones are the MQ-1B Predator and the MQ-9 Reaper. Both remotely piloted aircraft, as the Air Force calls them, are armed, medium-altitude, long-endurance drones that are mostly used for intelligence missions but can also be used against “execution targets.”
galleries