To study effects of confinement and isolation 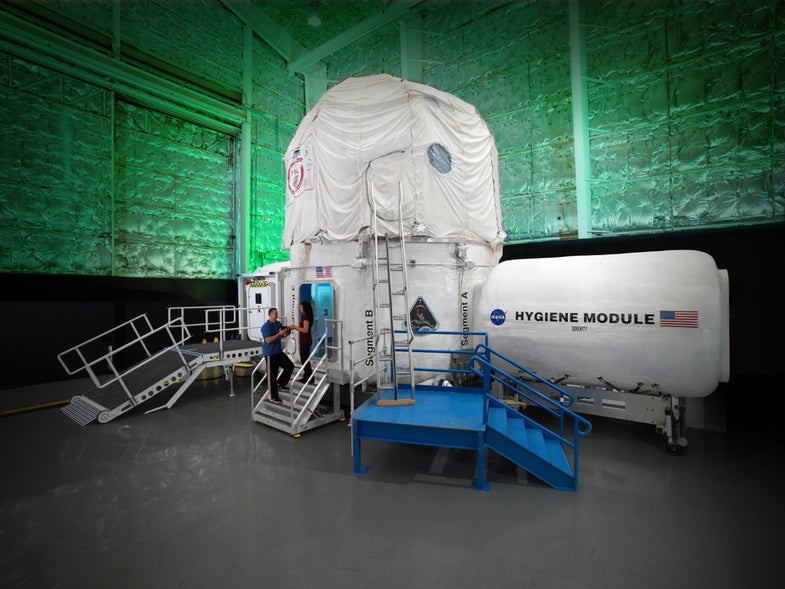 Four crew members are living in this house for 30 days on a simulated trip to an asteroid. NASA
SHARE

Since 2014, NASA has had a rotating crew of four people living in the close quarters of a fake spacecraft for 30 days at a time, in order to simulate a 715-day trip to a near-earth asteroid. The four crew members only communicate regularly with each other and mission control and have no access to internet.

The mission is intended to advance understanding of how isolation and confinement affect individual and group behavior, according to NASA’s Tumblr. Now NASA has released a 360-degree video on Facebook of the Human Exploration Research Analog (HERA), the compact, three-story habitat where the crew lives, located at the Johnson Space Center in Houston, Texas. Check it out above.

In order to make the simulated mission as realistic as possible, the crew also experiences a 1-10 minute delay on all communications with mission control, according to NASA. Researchers are monitoring information on the crew’s teamwork, mood, performance, and cohabitation.

Still, the quarters are clearly quite cramped and claustrophobic, as the new 360-degree view indicates.

Luckily, NASA seems to keep the crew busy. Once they reach their destination, they will simulate virtual spacewalk missions to inspect and collect samples from the asteroid. And they’ll apparently have to respond to a few emergency scenario simulations, including navigating a debris field during the return transit phase of the mission. Plus, they’re not entirely alone on HERA. They also have the company of plants and brine shrimp, which they’re taking care of and studying.

This isn’t the first 360 video NASA has released on Facebook since the option first became available. Last week, the agency posted a 360-degree view of Mars, created by stitching together several still images captured by the Curiosity rover, which is currently still exploring the surface of the Red Planet.