My Temple, My Mountain

This is a comic about space 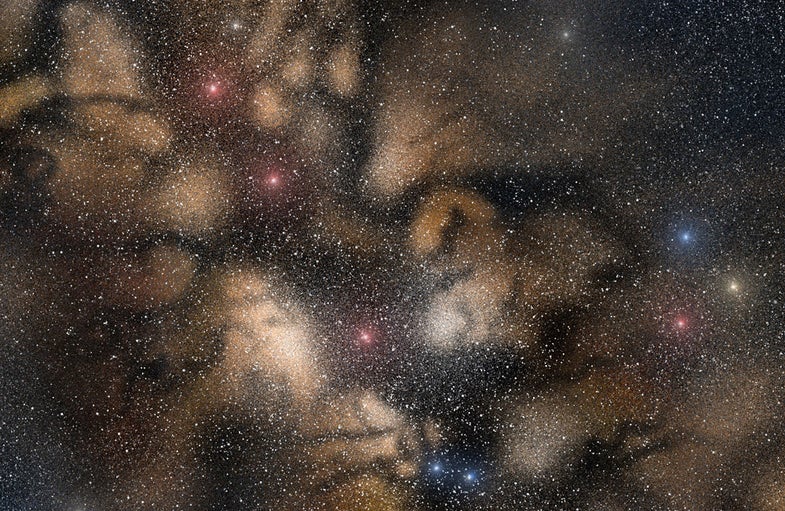 I love astronomy. I think about the stars a lot, and I love drawing them even more. The first page of this comic is made up of billions of tiny dots (my carpal tunnel assures you, it is thanks to the magic of digital brushes). So many that the native file size was 2 gigabytes for that page alone! Suffice to say, I was pretty torn when I heard about the controversy in Hawaii over the construction of the new Thirty Meter Telescope on Mauna Kea. On one hand, learning new things about space is really cool, but then again, I can say that because it’s not my backyard they’re building on.

For those catching up, Mauna Kea is a volcano on the island of Hawaii. If you measure from the sea floor, it’s actually the tallest mountain on Earth. It’s unique conditions make it a perfect location for telescopes. The problem? Mauna Kea is considered sacred by the indigenous people of Hawaii, and building there is a delicate issue. Now it seems enough is enough, and people are fighting harder than ever to halt the construction of the TMT. I had been tossing a comic about the issue back and forth in my head for a month after reading this piece by Keolu Fox (from which I grabbed the quote in today’s comic), but it wasn’t until I read Ben Lillie’s essay that I decided to make my voice heard.

They were predictably terrible—the ugliest mix of armchair pedants, experts, and racists you could ever imagine. But the worst part was that a mere few years ago, that was me. I was the asshole saying that the culture that had been repeatedly stomped on by white settlers was irrelevant, backwards, and not worth considering. That was me rattling off logical fallacies from a book, and arguing that appeals to compassion had no place in a discussion about the pure, objective energy cloud that is SCIENCE™. That was me believing that science and culture weren’t connected, while at the same time arguing that science and art go together hand in hand. Read some of my old comics. They’re awful.

The biggest delusion in modern day science fandom is that it is immune to human foibles like racism and sexism. Or that the pursuit of knowledge has always been a good thing for everybody. If you still believe this, you would do well to follow Danielle Lee on twitter and just listen for a while about how the platonic ideal of progressive and objective thinking still treats women and people of color like crap. It’s almost like science is only as good as the people practicing it.

If you still want to argue for the construction of the TMT, don’t argue it’s because science > people. If you really love science so much that you’d toss a marginalized group under the bus in its name, you may want to rethink what it actually is that you’re so enamored with. Don’t worry, scientific progress will continue whether the TMT gets built or not. But if you’re like me (and I don’t think I was all that different from many science aficionados) you’ll benefit from realizing that the culture of science is an imperfect system with a serious need for reform. I became a better person the moment I stopped putting science and science heroes on an untouchable pedestal, and the quality of my work improved once I stopped trying to extricate myself from humanity and instead learn to empathize with it. Because now instead of seeing people complaining about a telescope on their holy mountain, I see people whose voices are finally being heard. In the past, this discussion might not even have happened. And that’s really exciting.

It’s about time we started caring about whose shoulders we’re standing on.

More on the subject: Big Astro by Richard Easther