Who knew dinos were so good with emojis? 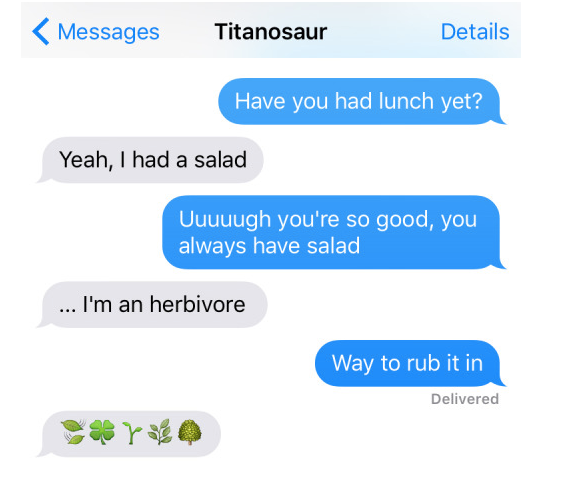 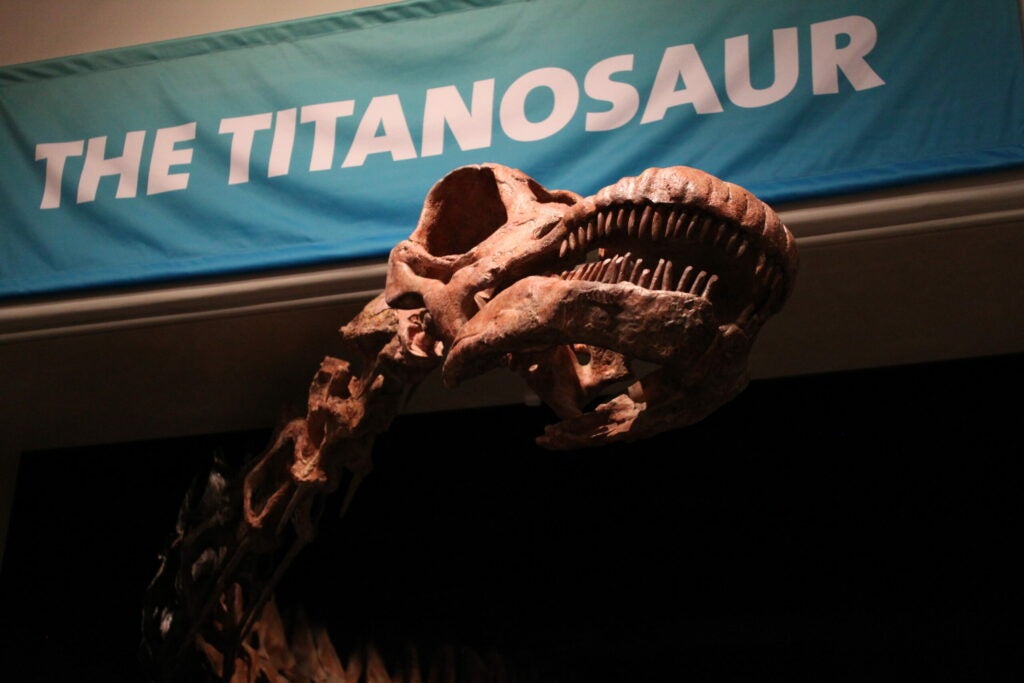 The titanosaur is so long that it’s head reaches out the door, welcoming visitors into its hall.

In January, the American Museum of Natural History in New York City unveiled its new, 70-ton dinosaur named Titanosaur. And as any good child would do (or, who am I kidding, I do this), AMNH has created an adorable social media personality for its new fossil.

Over on its Tumblr page, AMNH has posted a series of texts between Titanosaur and the museum’s other giant specimen: Blue Whale. “Separated by 3 floors of the Museum, how do these pals stay in touch? They text, of course!” AMNH writes.

A nice blend of fact and fiction, you get to know a little more about this giant dino through its texting habits.

Titanosaur is adorably naive sometimes, not knowing that it’s way too big to take the subway or ride a CitiBike. And its Argentinian roots also show through, when it thinks mixes up football and soccer. And like any skilled texter out there, Titanosaur and Blue Whale are masterful at using emojis to talk about food, though maybe the emoji gods should think about creating a dinosaur one, eh?

You can read all of Titanosaur’s and Blue Whale’s texts in part one, part two, and part three. Let’s hope part four keeps things friendly between the two giants.