The ‘Mr. Robot’ Season Two Trailer Is Here, And It Looks Wild 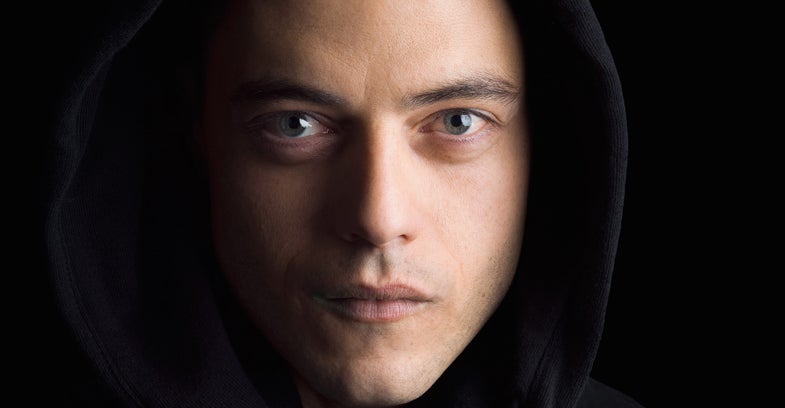 Cable network USA’s hacker drama Mr. Robot came out of nowhere last summer and turned out to be one of the most surprising, thought-provoking, and downright entertaining TV debuts of the past decade. And ever since we learned the truth about troubled hacktivist Elliot Alderson (Rami Malek), the wait for season two —and the questions about what happened to Tyrell Wellick, Mr. Robot, and Evil Corp— have been maddening.

But USA finally dropped the first full trailer for Mr. Robot season two today… and it looks just as crazy as the first season. Backed by an anxiety-inducing track from Zack Hemsey, we get only snippets about lead character Elliot’s mental capacity, the hacker group “fsociety,” and the state of global order and the economy in the wake of the events of season one. Sam Esmail, the show’s creator, has left viewers with some tantalizing imagery and dialog.

Also, we finally have our first look at some of the new additions to the Mr. Robot cast. It looks like there is a new member of fsociety at the :40 second mark (or the dude in the backwards caps is Cisco, Darlene’s ex-boyfriend who was fsociety’s entry to the Dark Army), and Grace Gummer, who plays FBI agent Dom Dipierro, is briefly seen at the :46 mark (and what appears to be Joey Bada$$ is seen at the :52 mark).

The show returns July 13, and frankly, it is going to be a tough seven weeks waiting for all of our questions to be finally answered…or further confused.